I extend my heartfelt thanks to the three hundred women who officially welcomed Eileen to the church family last night. She came home with extra tiramisu, so we both benefited immensely from your creativity and attention to detail. She’s an Italian food lover, and I’m happy to go along for the ride. (As a matter of fact, I’ll hop on just about any ethnic food bus that drives by – but that’s another story for another day.)

I was raised a polite Southern boy, with a fondness for lemon icebox pie and sweet tea. Eileen hailed from Massachusetts via Upstate New York. Having tasted neither boiled peanut nor collard green, she was clearly a misguided Yankee from my point of view. Her family thought that traveling to Washington, D.C., was “going Down South.” Imagine that. She and I were a North-meets-South romance, and were married on the ninth day of April – which turned out to be a picture-perfect spring afternoon in Raleigh, North Carolina. However, in preserving my Southern heritage, I probably didn’t think through our wedding date as carefully as I should have. (You can check your American history on that one.)

After twenty years of marriage, Eileen and I are almost to the point of completing each other’s sentences. The differences that attracted us to each other in the first place, and then drove us nearly crazy in early married life, we now appreciate again. We smile when we think about God knowing exactly what He was doing in bringing us together. Sometimes, after two decades of mutual influence, we pass by each other in predicted behavior. For example, I used to be the spender and she used to be the saver. That’s still generally the pattern, but sometimes now she’ll propose a purchase and I’ll put on the brakes. At those moments she looks at me and inquires as to precisely who has inhabited my body. (A body, I might add, that’s now quite content wearing a Polo shirt bought for half price because it was graced with a minor imperfection.)

So we might as well put all the cards out on the table. Eileen is smarter than I. She made better grades in law school. Her devotional life puts mine to shame. When I’m putting together the barbecue grill (that’s major engineering in my book) and struggling for two hours with that one piece that doesn’t seem to fit anywhere, she walks into the room and sticks it in just the right spot in fifteen seconds. (Yes, that really happened.) She is my perfect partner in life and ministry.

My wife of noble character – my excellent wife – is my crown (Proverbs 12:4).

One thing that Eileen and I love to do together is laugh. We believe that laughter is good for the soul (Proverbs 17:22). Though we’re both somewhat predisposed toward seriousness, we try not to overdo it. Life is just downright funny if you choose to look at things that way. We hope that part of our ministry among you will be to help you laugh. With us, not at us (at least not very often), preferably. We want to be good medicine for you, in the spirit of that same proverb.

And pastoral ministry? It can be off-the-charts hilarious! Remind me to tell you about the time our home was invaded by animals. (And I’m not referring to cantankerous church members.) We believe that the Lord used the whole saga to inspire the sermon series that I was preaching at the time. I promise to tell the whole story at FBC, soon. Stay tuned. 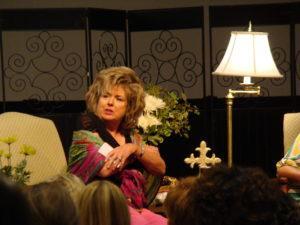 Our life together has taken us from the East Coast to the West Coast, and nearly back. We wouldn’t change even one small chapter if we could. God has been so good to us. Christ gave me the perfect wife for me. A grace gift for sure. I can now eat a green bean that isn’t completely doused with bacon grease, and she will fight me over the last hush puppy.

Yes, I married up. Praise be to God.