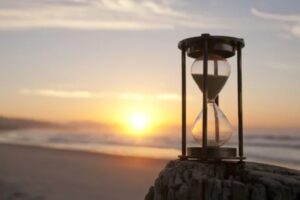 In my personal devotions this morning, I was reading through First Corinthians 15, and specifically that somewhat confusing section where the Apostle Paul recounts: “I fought with beasts at Ephesus” (Verse 32). The Greek word for “beast” or “wild animal” in that context is therion – and it nearly always describes a literal creature. I’ll cite a few examples: the wild animals surrounding Jesus during His wilderness temptation (Mark 1:13), the animals in Peter’s vision (Acts 10:12), and the poisonous snake that bit Paul on the isle of Malta (Acts 28:4). I suppose it’s possible that Paul fought literal animals in Ephesus – in some kind of public games, bullfighting, or other arena setting (which did happen in Ephesus) – but I think that’s highly improbable for a couple of reasons. First, Paul was a Roman citizen who would not likely have been compelled to do such a thing. Second, we don’t see in Acts 19 any evidence that Paul was arrested at Ephesus – and certainly there’s no mention there of any arena fight of any kind.

All of that tips me toward a metaphorical interpretation of these “beasts”, in the sense that Paul had to contend with real – and in fact ferocious – enemies in the church.

All of that being said, we must not miss the forest for the trees. Whatever Paul meant by “wild beasts,” his main point is that you and I must understand the power of Christ’s resurrection in our lives! THE REASON why you and I must keep on contending for the gospel – no matter the hostility of the opposition, or the personal cost – is that our bodies will be resurrected to eternal life! In other words, our enemies may prevail against us in the short-term, but the eternal victory that is already ours in Jesus has already been won!

Life will not always be easy, and neither will church life. That’s why you and I are never to just “live in the moment,” but we are called to always have an eye toward eternity. This moment may be bruising, but these temporal afflictions aren’t the end of our story. You and I have to face each day’s beasts with the tenacity of God’s Spirit … and sometimes the ugliest beast is the one I see in my mirror. “Eat and drink, for tomorrow we die” may be the mantra of the fatalist, but you and I are resurrection people! We’re not despondent in the corner or on the sidelines of life, but we are fully engaged in the spark of eternity which always lies embedded in this moment – for we know that the tomb is empty!

We must also never forget what Paul penned to those believers in Ephesus whom he so dearly loved (Ephesians 6:10-20). Our most ferocious enemies we can’t see. Those “spiritual forces of evil” are ours to contend with – but never in our strength alone. At every point in human history, we must band together as believers whenever and however we can – “praying at all times in the Spirit” – that Christ would be immeasurably glorified even in our harshest earthly temptations, trials, and tribulations. Only Christ’s “gospel of peace” can bring us – or keep us – together, friends.

And we must never limit our perspective on what God is doing to what we can see right now. Because, where Jesus reigns, strangers can become beloved. Enemies can become friends. Darkness can yield to light. Which leads me to a beautiful quote by Emily P. Freeman: “Always assume people are struggling more than they let on … be willing to be the person in the circle who carries compassion, who’s willing to listen, and who doesn’t have to have the last word. Be careful whom you hate, because it could be someone you love.”

2 comments on “This Magnificent Moment”