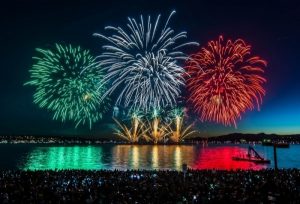 Nearly 227 years ago, the First Amendment to the United States Constitution was ratified: “Congress shall make no law respecting an establishment of religion, or prohibiting the free exercise thereof …” Under that cherished amendment, two particular protections are enshrined. One we call the Establishment Clause, and it prevents the government from advocating a particular religion. The second we call the Free Exercise Clause, and it ensures freedom of belief and worship for every person.

Though we in America enjoy the most robust legal protections of any country in the world, are our fundamental religious liberties in jeopardy today? My short answer to that question is “yes,” and I will seek to explain. My aim is not to spark alarm as much as it is to spark worship, for we know – in the words of the old spiritual and American folk song – who’s still “got the whole world in His hands.”

When I was in law school in the 1980’s, and when I first became interested in constitutional law, any mention of “religious liberty” in the classroom seemed always to be within the context of limitations on the government’s endorsement of religious activity – à la the focus on “separation of church and state.” The U.S. Supreme Court in Stone v. Graham (1980) had held that state laws mandating the display of the Ten Commandments in public schools were outside constitutional bounds as a violation of the Establishment Clause. Many evangelical Christians became concerned that America was “taking God out of schools.” It is my contention that such myopic unease became a distraction from what was really happening in American life.

The deeper problem was not that the government was failing to actively support a Judeo-Christian ethic. Would that our crises be so manageable! The problem, then in its more embryonic stages, was a subtle undercurrent in the psyche of our nation. Slowly but steadily – within academia, the arts, the media, and the political elite – more and more Americans were being convinced that a Judeo-Christian ethic is an actual threat to any intelligent civilization. As even the “know-ability” of objective truth claims was questioned at every level within America’s significant structures of power and influence, the unsuspecting masses were lulled into an understanding of “truth” that was neither sensible nor sustainable.

In due season, our courts would begin to reflect our cultural confusion and chaos. In just a few short years, we moved from requiring the government to justify any encroachment on religious freedom to requiring the individual to justify his or her departure from a thoroughly secular – yet government-endorsed – worldview. I say “worldview” instead of “ethic” because I believe that ethics are a practical impossibility when there is no commonly accepted and objective moral foundation.

I make no claims that balancing individual freedoms with compelling government interests is always a simple task, but I do want to highlight an important trajectory. The Supreme Court in Sherbert v. Verner (1963) strengthened religious freedom. But the Court in Employment Division v. Smith (1990) began to roll back the scope of protections afforded by the Free Exercise clause. That case involved the illegal smoking of peyote during a religious ritual, so perhaps many of us did not notice the constitutional drift, but suffice it to say that the train had left the station.

Fast forward with me to more recent history. The Iowa Supreme Court, drawing upon that state constitution’s equal protection clause, held that a law defining marriage as a relationship of one man and one woman is a distinctively “religious” understanding (2009). A federal district judge in San Francisco, striking down California’s voter-approved Proposition 8 with a stroke of his pen, made the same determination (2010). But that’s not all. Both cases characterized laws supporting traditional marriage as the byproduct of “animus,” which rendered such laws blameworthy and without any legitimate rational basis. Was there any doubt where the train would go from there? Once marriage is deemed both religious and hateful, it must be drastically redefined by any enlightened society.

Enter, stage left, Obergefell v. Hodges (2015). Led by Anthony Kennedy, five Supreme Court Justices followed the blossoming script and imposed same-sex marriage on the entire country. What concerns me more than the Court’s decision in that case is the cultural fallout from it: the further erosion of religious freedom in America. As the advocates of “sexual rights” have made clear in every jurisdiction where they have achieved victory, holdouts who resist their ideology are sure to pay a heavy price for it. If the gathering clouds are any indication of the coming storm, the conscience of the individual will be no safe haven from the assault. In fact, one’s publicly expressed religious convictions may be the modern version of the “Kick Me” signs which we used to tape to each other’s backs in middle school – minus the fun and laughter.

Now we anxiously await news surrounding the Court’s upcoming decision in Masterpiece Cake Shop v. Colorado Civil Rights Commission. Will the conscience of a Christian artist be protected by law, or will Jack Phillips face the intolerance of a culture which prides itself on tolerance? Only our Sovereign Lord knows where we’re headed from here, and we can trust Him regardless of the outcome. Please pray for Jack. Pray for his attorneys, and for the Alliance Defending Freedom as an organization and as a gospel ministry. Pray by name for the Justices of the U.S. Supreme Court. When it comes to grace and truth in the public square, speak up. I’ll quote my friend, Josh Hershberger: “The best way to defend religious liberty is to use it.” Do so humbly, tactfully, and winsomely.

Adam K. Hersh writes in Stanford Law Review (January 2018): “The conflict between religious accommodation and nondiscrimination is fundamentally a conflict between two visions of government power.” Indeed. Sometimes the threats uttered by strong cultural forces capture our hearts – at least for a moment – and we fear the lion’s den. But then we remember the prevailing verdict: “And God gave Daniel favor and compassion” (Daniel 1:9). So fear not, sisters and brothers! Right now is the time for Christ’s Church to shine like never before. This is our moment. We are here, and Christ is risen.

Posted on February 9, 2018 by Charles Moore
No Comments