Last Friday morning, there I was in our nation’s capital posting on Facebook how peaceful was the situation in Washington, D.C., in the hours just before the March to Life. It was all true. I guess I should have known that “peaceful” wouldn’t last forever.

Here’s what happened in a nutshell, as my purpose in writing today is not to revisit the events in detail, but to help us learn something from them. Partial video footage of students from a Catholic high school in Covington, Kentucky, went viral. In the video, taken in front of the Lincoln Memorial and after the March for Life, the students appeared to be harassing a Native American elder. This provoked widespread condemnation of the kids on social media. Various media figures and Twitter users called for them to be publically shamed, and punished, along with members of their families.

This quickly escalated into death threats. The high school responded with administrators promising to consider expulsion. Eventually the school had to temporarily close over safety concerns. I’ve just scratched the surface, but you get the point. As junior Nick Sandmann became the face of the controversy, America – as it is now prone to do – went nearly crazy in a frenzy for revenge. Many people concluded that these boys in red MAGA hats had simply proven that Middle America is a breeding ground for nativist bigotry.

Now that much more video footage has been made available, and more eyewitnesses have been able to offer their accounts, many contributing factors have come into view. For example we know that, early on in the incident, the “Black Hebrews” were hurling racist and gay slurs at the Covington students. I won’t go any further with the retelling of the surrounding circumstances and events, but I did want to establish something of the wacky climate that led to multiple erroneous conclusions – and to subsequent retractions of earlier reports and comments which had been issued and published by both professional media and private citizens. In other words, a lot of people concluded that they had gotten key facts wrong in their first reactions to the sidewalk standoff.

Hopefully we as Christ followers will always remember these truths.

After having viewed only one photo of Sandmann from the D.C. incident, and because of it having made what she now calls a “snap judgment,” Hollywood star 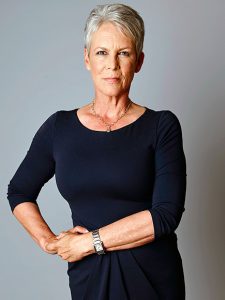 Jamie Lee Curtis used social media to remind her followers that there are “two sides to every story.” The Hollywood icon acknowledged on Twitter: “I know better than to judge a book by its cover. I wasn’t there. I shouldn’t have commented. I’m glad there wasn’t violence. I hope these two men can meet and find common ground as can WE ALL!”