We are witnessing something globally and eternally significant: the nation of Iran is experiencing its largest anti-government protests since the disputed presidential election in 2009. Just within the last few days, thousands have taken to the streets in several urban areas. The futures of of 80 million people are at stake, friends.

Hundreds of young people, along with some others who have challenged Iran’s power, have been arrested. At least 20 have died in clashes with security forces. And I’m sure that we don’t yet know the extent of the clampdown by authorities attempting to regain control – including dominance of the public and international narrative.

The demonstrations began in Mashhad, Iran’s second-largest city and the home of a famous Shiite shrine. Mashad is a stronghold of Ebrahim Raisi, a cleric who unsuccessfully challenged President Hassan Rouhani in last year’s election. Some notable analysts suggest that conservatives began the protests there as a means to pressure Rouhani, who appears to be a relatively moderate cleric within Iran’s theocratic government. How intriguing is that scenario as a backdrop for the winds of change?

An economy marked by widespread unemployment and crippling inflation seems to have sparked the flames of near-revolution. Whatever the initial impetus, cries for freedom are growing louder and louder – in a land where dissident voices are quickly silenced. But hard times for Iran may be prosperous times for the gospel of Jesus.

The Iranian government vigilantly enforces a prohibition against “proselytizing,” and compels evangelical leaders to sign pledges that they “will not evangelize Muslims or allow Muslims to attend church services.” Conversion from Islam to any non-Muslim faith is considered apostasy under Iran’s harsh Sharia law – and therefore punishable by the death penalty.

Particularly if you were here when my friends Rozik and Lazarus visited First Paducah, you likely know the backstory: the Iranian revolution of 1979 established a hardline Islamic regime. Over the next two decades, Christians faced increasing opposition and persecution, including the murders of several Christian pastors. Despite such intense pressure, the small Iranian church persevered. Today Muslims in Iran are the most open to the gospel among every people group in the Middle East. We’re witnessing a truly amazing moment, so let’s be part of it! (Want to learn some Farsi with me in 2018?)

The Iranian government’s harsh response to this wave of protests is a vivid reminder that the “Islamic Republic” is anything but free. The people of Iran are not free. The nation’s powerful clerics control who can run for office, and Iran’s censored “media” severely limit Internet access and communication in general. Street gatherings are prohibited unless approved by the government. Tehran’s official portrayal of Iranian culture, politics, and life rarely corresponds to the reality of what Iranian citizens suffer on a daily basis.

We should be much in prayer for such a pivotal time as this. “And He shall reign forever and ever” (Revelation 11:15). 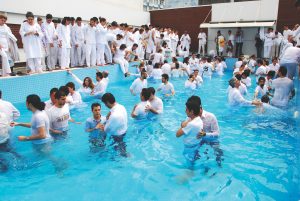 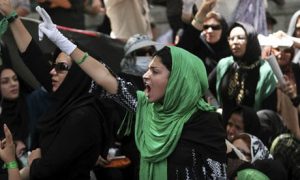 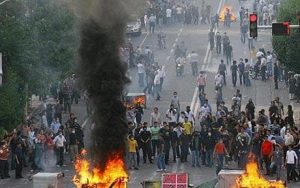 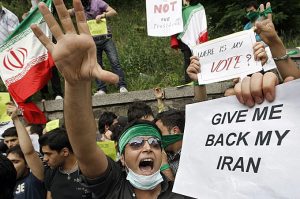