A Time to Speak

Today’s blog entry may be a little longer than most. I’ll try to express some concerns as succinctly as I can, but these matters are not easily presented with few words.

I have followed with intrigue (to put the best possible spin on it) the saga of former Patriots running back Craig James, who lost his job commentating on college football for FOX Sports. Mr. James was released from his position – after one week on the job, and only one broadcast – because of previous comments that he had made in affirmation of traditional and Biblical marriage. Apparently James, a former ESPN and CBS broadcaster, responded in April 2012 to a question asked about “same-sex marriage.” His honest answer just got him fired.

Now I am well aware of the fact that there’s always “more to the story.” I get that. But in my research I read a direct quote from a FOX Sports Southwest spokesman (as told to a Dallas Morning News reporter) that sends a cold chill down my spine: “We just asked ourselves how Craig’s statements would play in our human resources department. He couldn’t say those things here.”

What have we come to in the marketplace of ideas? “Evangelicals Need Not Apply”?

If you know me at all, you know that I am not prone to behaving (or preaching) like an alarmist. But I am deeply alarmed about a distinct chill in the air in America these days when it comes to religious liberty. Evangelical Christians, and particularly Baptists, have always concerned ourselves with matters of religious freedom – for every citizen – and I hope that we are not now asleep at the switch. Because it appears, at least in my estimation, that what began in the U.S. as a movement for tolerance has morphed into a very intolerant campaign.

Can you even imagine a national network firing someone for expressing support for same-sex marriage? This double standard ought to alarm us, because it may indicate an erosion of First Amendment protections at least in practice. I’m making a point about “practice” here because I understand that, though FOX Sports is not “the state,” they presumably manage their human resources per their interpretation of the law of the land. And any de facto religious discrimination has a direct bearing on any Christian seeking a job in America. Russell Moore, president of the Southern Baptist Ethics and Religious Liberty Commission, said it like this: “If the state is able to assert its lordship over the conscience, the state has become a god.”

Legally, where do those of us living in jurisdictions not permitting same-sex marriage find ourselves?

On June 26, the U.S. Supreme Court issued two historic rulings. The first decision rendered part of the Defense of Marriage Act unconstitutional, thus resulting in our federal government’s newly-imposed obligation to recognize same-sex marriages in states where they’re legal. The second decision was more procedural in nature, in that the Court simply ruled that the proponents of California’s same-sex marriage ban lacked standing in regard to their appeal of a lower court ruling overturning the ban. How those Supreme Court decisions will affect other states (and when) remains a bit of a mystery, but in my opinion both of the rulings represent incremental steps toward the Court’s likely eventual declaration that same-sex marriage is a national right.

What concerns me most about those rulings, however, is not their legal precedent. What most grieves me is Justice Kennedy’s depiction of opponents of same-sex marriage as people who wish to demean, disparage, and harm other American citizens. In my circles of friends, neighbors, and colleagues, I know many people who support traditional marriage and who oppose same-sex marriage, but I don’t personally know a single person – in any of those circles – who wants any of their “opponents” wounded or demeaned. So this is a sad state of affairs in my book, as our nation becomes more and more divided by what I believe is a false characterization of those who wish to see our culture’s remaining Biblical values preserved. To hold a traditional view of marriage, as you well know, is widely perceived as hatred. 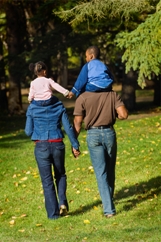 Furthermore, my friends who want to preserve some semblance of Scriptural truth regarding God’s institution of marriage want to do so, in large measure, as a protection for the whole of our society. They are particularly concerned for those who are the most defenseless among us, namely our children. It appears to me that most traditional marriage advocates are motivated by compassion, not hate.

We could learn something from the Apostle Paul regarding how to conduct ourselves in the public square, as Paul somehow managed to defend his religious freedom while at the same time preaching the gospel before Agrippa and Festus (Acts 26:24-32). And maybe it’s time for the true church to repent. We need to repent that we have not upheld Biblical standards for traditional marriage within the church, while expecting unbelievers outside the church to live by Biblical criteria.

If today’s moral, cultural, and political climate does not change, those opposed to same-sex marriage are likely to experience a great ramp-up of the chilling effect to which I referred earlier, as bona fide threats of negative media publicity and pressure to conform their personal beliefs to the prevailing view mount. Those merely hoping to uphold traditional practices within their own homes and churches may face litigation, along with other financial duress. In the words of Michael Peabody, Los Angeles attorney: “In a free society, there is always risk associated with anchoring personal morality to the whims of the majority or the state and not to the rock of Scripture and faith.” We may soon learn just how committed to truth we really are.

Would you join me, dear First Baptist Family, in championing “tolerance” in the most noble sense of that word? In showing respect and civility toward those with whom we may disagree. Loving all people. Working to serve a hurting world with grace and truth. And praying for our beloved nation to recapture a vision of America where – like all Americans – those who revere God’s Word are allowed to stand upon the Rock of Christ without losing our freedom of conscience, and our freedom to speak.

7 comments on “A Time to Speak”