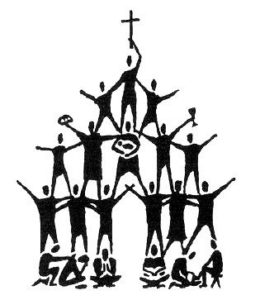 As an “undershepherd” who seeks diligently to observe and learn from the evangelical subculture in America, I must admit that I sometimes get very discouraged. We’re a hot mess right now. Professing Christians are fighting over President Trump. Fighting over COVID-19. Fighting over social justice, race relations, the criminal justice system, and the removal (or not) of historical monuments. Fighting over just about everything in the news.

Don’t get me wrong: some of these are good fights. Good, in the sense that the issues underlying the disputes involve important Biblical precepts that need to be mined carefully for all of the truth which we can dig out of them for both knowledge and application. But I am saddened nonetheless to see so much overt hostility among sisters and brothers.

So I’d like to do two things this Monday morning: 1. offer three simple suggestions toward preserving unity in the body of Christ, and 2. outline for you the handful of Christian doctrines which I believe are so critical that they must be preserved without debate in order to maintain the gospel and the integrity of the Church (in any and every generation).

First of all, we need to strive to be extra gracious right now. We need to assume the best in regard to each other. We need to recognize that these are turbulent times and that we’re all a bit weary. Most of us did not have a college course on pandemics, nor are the experts who did study such things finding easy answers right now. Regarding many subjects, we need to be O.K. with others landing in a different spot than the one where we’ve landed. And how many of us aren’t finding our opinions on some things changing, in relatively short order, as we take in new information? Let’s walk in love.

Secondly, as we walk in love, let’s try to do that in a way that transcends political loyalties. You and I are citizens of a higher kingdom, and we can’t forget that. At the very beginning of the pandemic, I predicted to our pastors that we would soon see a season of tremendous social unrest – but even I was caught off guard when it happened! So much for my success as a social commentator. In a period of nearly moment-by-moment new news, you and I must be firmly anchored in something stable and eternal: God’s Word. And, when it comes to our study of Scripture, let’s be in the Word for the purpose of growing in grace and truth – not for the purpose of scoring political points so that we can win an argument.

Thirdly, we must pray for discernment. You and I desperately need discernment, so that we can make our best effort toward living out an old adage:

In all things, charity.

Those words date all the way back to the Thirty Years War (1618 – 1648) and are specifically credited to Rupertus Meldenius, who wrote them during a bloody time in European history which was fueled by hostilities among people who claimed loyalty to God. That speaks to me. Loudly. Now. How about you?

Please don’t misunderstand me, friends. I’m not advocating that you and I sit on the sidelines and pretend that nothing really matters. Far from it. I’m just urging you to consider not making a mountain out of a molehill right now. We have enough mountains. Some matters of our faith are downright non-negotiable. I’ll share a key verse (Jude 3).

Beloved, although I was very eager to write to you about our common salvation, I found it necessary to write appealing to you to contend for the faith that was once for all delivered to the saints.

Sometimes we have to contend for the truth. It’s part of our calling. We don’t want to fight over whether or not Adam had a belly button, or what the weather will be like during the millennial reign, or who Jesus would vote for in November. Get my point? So not worth it. So not productive. So not who we’re supposed to be right now (or ever).

I don’t know how many angels can dance on the head of a pin, and it doesn’t matter. But, in case you’re still interested and still reading, here’s my shortlist of live-or-die issues:

In a sermon not long ago, I shared with you my passionate belief that racism is sin. I hope that I persuaded you from the Scriptures that it’s an assault on the fourth bullet which I just articulated. That’s just one example, among many, of where I must make certain that my preaching is based on God’s authority and not mine, because THESE THINGS I know to be true. Like you, I’m concerned about lots of other things too, but you and I might not perfectly agree on all those other things. What makes us part of the same family is not those other things. It’s these things.

In order to experience genuine unity around these things, we’ll have worked through lots of other things, but unity can happen even in regard to hard subjects when we’re all humbly submitted to the gospel of Jesus.

8 comments on “These Things”