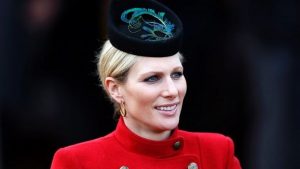 No, it’s not a typo. I did not mean que será será. I’m referring to Zara Tindall.

Mrs. Tindall is of interest to me because Prince Louis Arthur Charles of Cambridge just moved into fifth place. Though just a few days old, he follows Britain’s Prince Charles – the Prince of Wales – and only three others in the line of succession to the royal throne: Prince William (the Duke of Cambridge, and the oldest son of Prince Charles), Prince George (Prince William’s 4-year-old son), and Princess Charlotte (Prince William’s 2-year-old daughter). If you’re wondering about newly-engaged Prince Harry, he just moved down to sixth in line because of the birth of Louis Arthur Charles.

That’s just the way it works across the pond. Then there’s Prince Andrew, the Duke of York, at #7 in line. Prince Andrew is the third child of Queen Elizabeth II, and her second son. And it goes on from there. At the age of 67, then, Princess Anne just slipped to #13. So that makes Zara Tindall, Anne’s only daughter, #17. Zara is an accomplished equestrian married to a former rugby star. 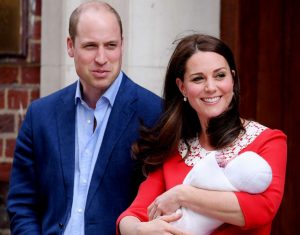 We might want to think about these things, you know, since the reigning queen is now 92. Elizabeth will not be queen forever, and descent and parliamentary statute will govern the day.

I think you would agree with me that Zara will never be queen. It just won’t happen. She’s too far down the line. So I’m glad that she’s got plenty to do with her horses, and apparently she’s quite good at it – and the horses are fond of her too.

Revelation 1:4-5 includes this greeting from John: “Grace to you and peace from him who is and who was and who is to come, and from the seven spirits who are before his throne, and from Jesus Christ the faithful witness, the firstborn of the dead, and the ruler of kings on earth.” Jesus is King of kings and Lord of lords! By virtue of His resurrection from the dead, His office is established and eternal.

Christ presides over every earthly ruler and authority. He controls who is in every lower office, and who is out. He builds and destroys empires. He orders international events for His own sovereign, wise, and good purposes. We can trust Him.

Christ rules over the Middle East, over North Korea, over war-torn Africa, and over the Americas. Nothing escapes His sight or His grasp. His gospel is for all people, everywhere. He has authority to claim citizens from every corner of the globe, from every tribe and tongue, and from all walks of life. He is the Way, the Truth, and the Life.

Christ is restraining evil by reigning over human government, law, politics, conflict, chaos, and influence. He is building His church: His unstoppable people of grace. He is winning through us, and – some days – in spite of us. He is righteous in everything He does, and kind in all His ways. As our faithful Shepherd, He goes before us into every chapter of human history. He is aware of every wolf on the horizon, and He has promised us green pastures and still waters even in an age of nuclear, chemical, and biological warfare – and weapons of mass destruction. Even where and when the church – His body – is persecuted, His grace is deeper still.

Zara will not reign, but Christ does reign, and He will triumph in the end!