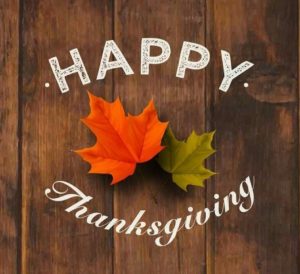 Near Massachusetts Bay, many of the Pilgrims huddled aboard the Mayflower as the days and nights grew colder. Many didn’t make it through that first winter. For those who remained, hope came from a very unlikely source: a Patuxet (Pawtuxet) Native American named Tisquantum. “Squanto” for short.

Squanto’s story? Nothing like a fairy tale. As a boy, he had been kidnapped by a sea captain, sold into slavery, and transported to Europe. First to Spain, and eventually to London. The most amazing thing about the story of Squanto is that, because of his traumatic misfortune, he had learned the English language.

Squanto’s understanding of English enabled this kind young man to teach the weary colonists how to catch fish, cultivate corn, and make peace with the local Wampanoag tribe. None of those were easy tasks. Squanto taught the earliest settlers how to extract maple sap and — in a nutshell — how to survive life in the New World. Nobody but Squanto knew where the lobster were, or how to plant a gourd so that it goes up the cornstalk.

A kernel of corn is a tiny thing. Unless you don’t have any corn.

But Squanto’s story had included far more than its share of sadness and suffering. Before the Pilgrims landed, Squanto had lost everything. At the end of his return voyage across the Atlantic, after ten years of separation from everything familiar to him, he had discovered that his tribe had been completely eradicated by disease. His entire village, gone.

Squanto had found himself alone.

But not for long.

From the perspective of one of those early settlers, can you imagine hearing an Indian brave coming out of the woods speaking English? Unspeakable! (Pun fully intended.)

The truth is that Squanto felt completely at home neither with the English Pilgrims nor with the Wampanoag tribe. But he masterfully brokered deals between them, utilizing his divinely appointed language skills for much higher purposes. At one point the Wampanoag became so angry with the “double-dealing” Squanto that they urged the Pilgrims to kill him. But God had a better plan.

Squanto eventually confessed faith in Jesus Christ as Lord. Like I, Squanto was plagued by sins and weaknesses, but the grace of God marvelously rescued the Indian friend of the Pilgrims. Squanto died trusting in the merits of a faithful Savior. He would finally be “home.”

Not only did God rescue Squanto, but God used Squanto to rescue the Pilgrims. This holiday which we call “Thanksgiving” was born out of one unlikely providence after another. From the ship and crew which never should have survived the ocean voyage, to a nation granting religious freedom to all, Thanksgiving is a testimony to our God of miracles.

Sometimes we’re highly tuned in to the Lord’s kindness toward us. At other times we barely notice the extraordinary things which God is doing in our midst. Don’t let that happen this Thanksgiving. As you gather around your table, take the time to notice the absolute goodness of God.

You and I have much for which we should give thanks. Miracles both large and small.