We just touched down after a great week in France! Our friends, Randy and Jan Kent – and the team from Mission FPC: France Pour Christ, led by Jeannot Gauggel – could not have been more hospitable hosts. Because of the FPC approach to missions, we ministered alongside new friends from all over the world, literally. We came home with hearts which are full. We are grateful to our gracious God for the experience and the relationships.

We arrived in Nashville exhausted but invigorated at the same time. In days ahead we’ll be sharing more details with you, but I wanted you to see some photos of our ministries and missions. Our FBC contingency worked together exceptionally well, and I can honestly say that there was never a moment when I felt like we weren’t on the same team. I praise the Lord for His faithfulness in answering so many prayers for this trip.

Some of us made it up to the Alsace region – an area in northeastern France on the Rhine River plain – which is steeped in history. Bordering Germany and Switzerland, Alsace has alternated between German and French control over the centuries, and reflects a mix of both cultures. We met with Joseph, Natalie, and Roland, who are leaders of a congregation in the small city of Haguenau. The church has opened an outreach café to attract unbelievers (see pics of Jeremy and Sharon enjoying a raspberry smoothie, and our group around the table). We were more than impressed with their evangelistic fervor and creativity, and we’ll share with you some of that dialog a little later.

Our trip was capped off with our making the most of our 36 hours in Paris. We particularly enjoyed our guide, Claude, and his walking tour of Montmartre. The weather was perfect after a much-needed cool front invaded, and those memories became the icing on the cake.

As you may know from church history, the nation of France rejected the Protestant Reformation. As a result, much spiritual darkness fills the land. But God’s people are the light (Matthew 5:14) – la lumière – and our job continues to be to make Christ known: in postmodern France … and to the ends of the earth!

Thank you for praying us safely home. 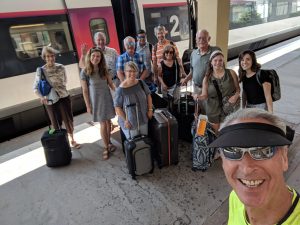 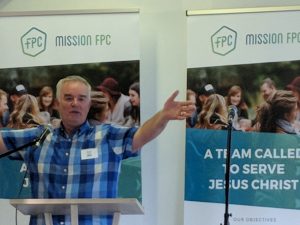 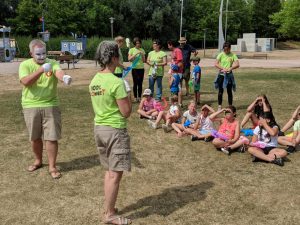 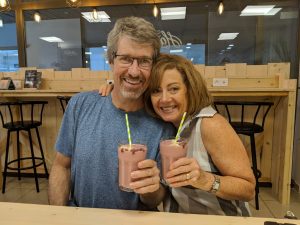 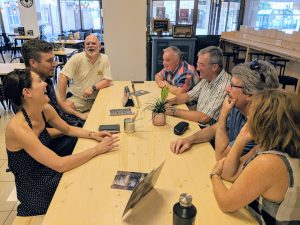