↓ Skip to Main Content
Home › Blog Posts › It’s All Relative. Not. Really Not.

It’s All Relative. Not. Really Not.

It’s All Relative. Not. Really Not.

If it’s O.K. with you, I’ll revisit the problem of moral relativism.

I believe that there exists a rather insidious form of relativism (I would describe relativism as both a spiritual and an intellectual problem) that can most properly be described as “cognitive” relativism. Sometimes we get so lazy that we stop thinking as deeply as we ought, or we conclude that others are the experts – so we should just get on board with the majority opinion on a given subject. Not a good move. Not a wise move. Acts 17:11. We’re always to be looking at the world through the lens of a solid Biblical and Christ-centered worldview.

When cognitive relativism sets in, we fall into the mistaken belief that there is no standard of truth, and that therefore there is no God of absolute truth. How could a professing Christian ever embrace such an illogical pattern of thinking (really non-thinking)? By slowly buying into the lie – which our culture most regularly dispenses – that rational thought can’t discover and verify truth. In other words, we morph into believing that absolute truth can’t be found. Objective truth is a misnomer. An illusion.

When we go there, we’ve swallowed a form of practical atheism, believe it or not (pun fully intended).

So how does the lie of cognitive relativism gain strength?

So how do we counter relativism, in our own thinking and in others?

Try these truths on for size … 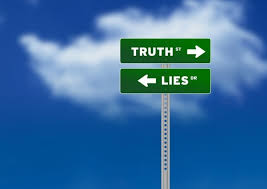 One comment on “It’s All Relative. Not. Really Not.”