In God We Trust

Warning of the dangers of delivering the human “conscience into bondage,” John Witherspoon rightly observed in 1775: “There is not a single instance in history in which civil liberty was lost, and religious liberty preserved entire.”

Sometimes God calls us to stand up and be counted. But today I’m asking you to kneel instead.

We find ourselves at a significant crossroads in American history, and in fact we may be witnessing the large-scale rejection of – at least in terms of the laws of our land – the institution of marriage as it was ordained by Almighty God. And as it has been understood for thousands of years. Will the United States Supreme Court allow states to define marriage in a traditional sense, or will these justices continue to advance de jure the current cultural trajectory that – in my opinion – threatens to further unravel the very fabric of American society?

“For the Glory of God and the advancements of the Christian faith” (The Mayflower Compact). How far we have fallen!

Oral arguments before the high court begin tomorrow, April 28, 2015. The justices will hear arguments over an extended 150-minute session. Then they will begin deciding the fate of same-sex marriage bans in Kentucky, Michigan, Ohio, and Tennessee. I don’t need to tell you that the implications of this decision will be national in scope and global in impact.

Everyone concerned about religious liberty in America should be in prayer. Please pray for our Supreme Court justices by name (First Timothy 2:1-4). 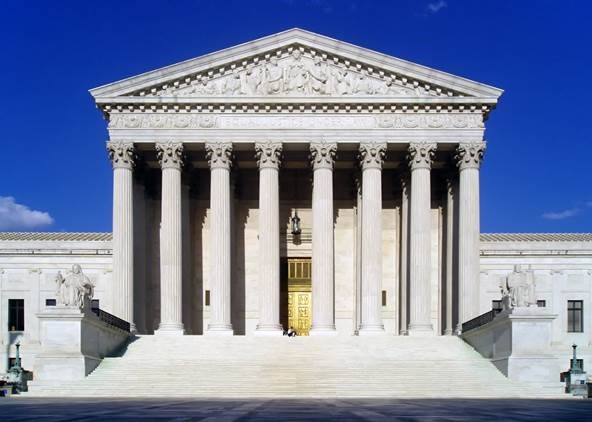 I would urge you to pray particularly for Justice Ginsburg and Justice Kagan, who have already performed same-sex marriage ceremonies – that God would grant these two women the grace to see the issue before them with objectivity and clarity. Or that they would do the honorable thing and recuse themselves from the matter before the court.

I’m making two requests. Please allot to this matter to at least ten minutes of prayer every day for the next seven days. Additionally, Carson Chapel will be open tomorrow from 1:00 until 2:00 p.m. for all of you who would like to come here to pray as a church family.