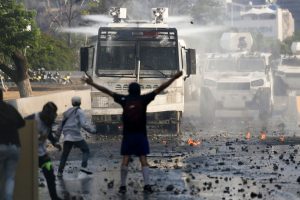 There is widespread suffering in the land of Venezuela. Massive demonstrations are overtaking the streets in some of the more urban areas, and protesters are being killed – including children. The scene is horrific on nearly every level. President Nicolas Maduro is hanging on to his brutal control of the country, at least for now, and the U.S. has not ruled out military intervention.

The United Nations has labeled the exodus of four million plus refugees “unparalleled” in South American history. What you and I are witnessing from a distance can only be described as one of the worst humanitarian crises in modern times. Desastre! That’s Spanish for “disaster.”

The suffering people of Venezuela are experiencing major power outages – complete blackouts – and the unavailability of everything that you and I take for granted: gasoline, car parts, groceries, and the like. Now there are crippling shortages of fresh water overtaking the nation. And I haven’t even mentioned medical care, which is becoming scarce. The nation is a complete disaster. I’m going to think twice the next time I’m tempted to complain about $3 gas. 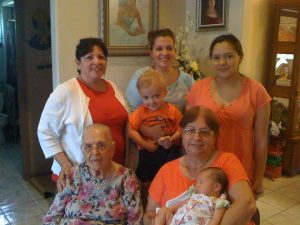 And I am so very sad to report to you that young Venezuelan girls and women are prostituting themselves in order to survive. It seems that, wherever we turn in the world, human trafficking flourishes when poverty strikes. It is a desperate and deadly situation.

After a lifetime of ministry for Christ in the jungle, our friends Gary and Marie Dawson have decided to stay and serve in Venezuela! You may remember Gary and Marie from their visits to First Baptist Paducah over the last few years. Gary has preached here on a Sunday evening, and the two of them have shared their story in our Great Room. We’ve been able to taste their heart for gospel missions in a part of the world where missionary agencies have declared the territory too unsafe to penetrate.

If you’d like to supply some emergency relief for Gary and Marie, and for the desperate people whom they’re trying to serve in the name of Jesus, you can send a check (payable to Gary Dawson) to: Jeanne Bennett, 232 Bagwell Road, Roebuck, SC 29376

A couple named Dennis and Sandy have challenged the congregations who know the Dawson Family to lend a helping hand during this season of incredible crisis, and have offered to match dollar-for-dollar (up to $10,000) any contributions given by May 15, 2019.

Please, friends, pray for Venezuela. Just like us, the people need freedom and grace! The situation is dire, and the time is now. 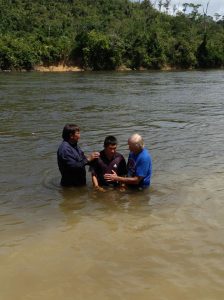 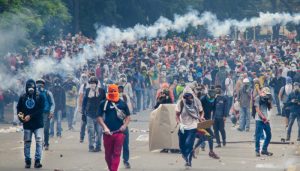