When God speaks the word, it snows. It’s just that simple. In this verse, the Bible is reminding us that the Lord sends to us the calm weather as well as the storm. The snow, like everything else, is God’s. Every snowflake leaves the heavens at His appointed moment. Every snowflake falls to the earth for His eternal glory. Every snowflake melts away, and returns to water the ground, at His divine command.

Perhaps the most obvious difference between the believer and the unbeliever is this: the believer looks at the forces of nature and praises God for His power displayed in and through them, while the unbeliever looks at the same phenomena and interprets them as random and meaningless. So, my point today is to urge you not to miss the absolute magnificence of this winter wonderland! It is happening all around us for the praise of God.

Expanding on Psalm 19, Jonathan Edwards expressed his own sense of wonder – while calling us to join him in it – like this: “The declaration of God’s perfections is mentioned in Scripture as the ultimate end of Creation. That is, the open display of God’s excellent works and ways is the happy result of bringing the world into being … ‘the heavens declare the glory of God, and the sky above proclaims his handiwork. Day to day pours out speech, and night to night reveals knowledge’ … this leads us to one conclusion: when God manifests his perfections and displays his attributes in the world, he does so for his own glory. This can only mean that the glory of God is the ultimate end of Creation.” 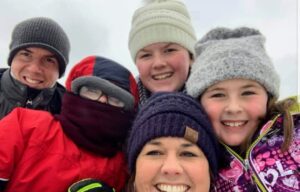 Frankly, friends, I’m sorry that our school-age children seem to be losing the snow day. Modern technology means that we can connect virtually regardless of the weather conditions, but please don’t put away the snow day on the shelf of history without at least a good fight over it. After all, there’s nothing wrong with pausing and enjoying – in fact, it’s entirely right to do so! I know that, for the adults among us, snow can mean scraping windshields and rescheduling important appointments. But don’t forget what it can mean for kids: the sledding and the snow forts and the snowmen and the snow cream! So get out there and dive in, if you can. As I said in my sermon Sunday: “We weren’t meant to Zoom forever.”

Please don’t be a deist. A deist believes that God made all things but then stepped back so that some things – like snowstorms – can just run their natural course without His intervention. Nonsense! God’s fingerprints are on every flake. 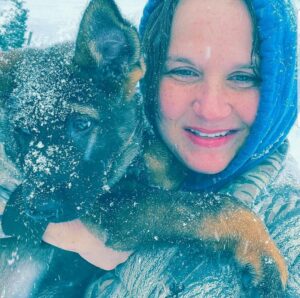 Johannes Kepler, whom we now recognize as the father of modern astronomy, was troubled by a fellow scientist who publicly denied the existence of God. This unbelieving scientist was like all other “unbelievers” – he simply believed in the wrong things. He contended that the universe came into being by itself, through simple mechanical means. Kepler, in an effort to convince his friend of the existence of a sovereign Creator, constructed an elaborate model of our solar system. The model was complete with planets and moons, and all of it circled the sun. As Kepler’s friend admired the impressive model, he exclaimed, “How beautiful! Who made it?” Kepler replied, “No one made it. It made itself.” His friend looked skeptically at Kepler and said, “Nonsense. Tell me who made it.” At which point Kepler made this simple but stunning observation: “Friend, you say that this little toy could not make itself. Yet it is but a weak imitation of this great universe, which I understood you to believe made itself.”

There you have it. It makes no sense not to notice God, when everywhere we look we see evidence of God.

But that’s not all. A snowfall is a glorious reminder of Jesus! The sacrifice of Christ permanently washes us “whiter than snow” (Psalm 51:7). Because of a blood-red cross, you and I are covered by a snow-white grace! So, as you look out across the snow-covered landscapes in your corner of the world, remind yourself of the good news of the gospel. 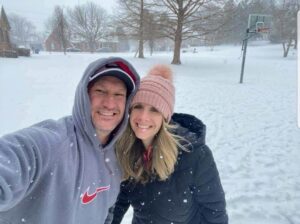 I am stopped in my tracks every time I hear Nichole Nordeman, or our First Baptist Paducah choir, sing …

And everything in time and under heaven
Finally falls asleep
Wrapped in blankets white, all creation
Shivers underneath
And still I notice you
When branches crack
And in my breath on frosted glass
Even now in death, You open doors for life to enter
You are winter …

So let’s all embrace it. Soon it will be spring. And we don’t want to miss now.