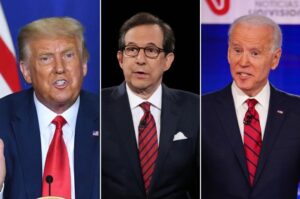 Last year, Weber Shandwick and Powell Tate conducted a formal survey, the results of which include the following: 68% of Americans consider incivility to be a major problem in our nation. Just a hunch, friends, but I’m thinking that number may have edged up a tad in the last few months. Perhaps even in the last few minutes.

Facebook’s own research uncovered something similarly alarming: “Our algorithms exploit the human brain’s attraction to divisiveness.” Wow! Likewise, Twitter has admitted that they can’t even keep up with the “troll armies” which seek to divide one American from another.

It appears that civility in American life may be dying on the vine.

In an attempt to wrap our minds around what we might mean by a “civil society,” I’ll quote Dr. Michael Banner (Trinity College, Cambridge; quote from Princeton University): “the totality of structured associations, relationships, and forms of cooperation between persons that exist in the realm between the family and the state.” As defined by the World Bank, civil society is “the wide array of non-governmental and not-for-profit organizations that have a presence in public life, expressing the interests and values of their members or others, based on ethical, cultural, political, scientific, religious or philanthropic considerations.”

So, using Dr. Banner’s specific term, what has gone dreadfully wrong in this “realm” of American life? It’s a question which lies heavily on my heart as I blog today.

In his farewell address in 1796, President George Washington issued a stern warning – both to those who heard his voice that day and successive generations. Within the content of that significant speech, Washington described religion and morality as “indispensable supports,” the “great pillars of human happiness,” and the “firmest props of the duties of men and citizens.” Just let those three ideas sink in for a moment, as I share with you my own understanding of President Washington’s three tenets …

Religion and morality are the very foundations of human government.

Religion and morality create a climate in which people are encouraged to behave appropriately toward one another.

Right before the presidential debate, someone asked me: “Does the church have a voice within our present cultural crisis?” My answer to that question is “Yes.” We must speak. We must. We must!

So please let me take a stab at this …

I would submit to you that each of these premises crashes in upon itself unless it rests upon some form of religious or moral framework. We can’t police ourselves unless we have a guideline by which to order our relationships and an objective standard by which we can insist upon orderly behavior. That’s why we, as a society, are suffering right now. We have attempted to find our national peace within a godless vacuum. That just can’t, and won’t, ever happen. Without civility based on truth and righteousness, it’s not difficult to see how a crowd of wayward, emotional, and political human beings could go from “Hosanna!” to “Crucify Him!” in a matter of hours.

Please don’t get me wrong: I’m not advocating “religion” for religion’s sake. We’ve had more than enough therapeutic moralistic deism in American life, and in church life. And, like our Lord, our kingdom is “not of this world” (John 18:36). But, just maybe, 2020 can be the gospel’s finest hour! God has done stranger things. In His life, death, and resurrection, what Jesus Christ has accomplished for you and for me is still the best news in the world!

So here’s to something better!