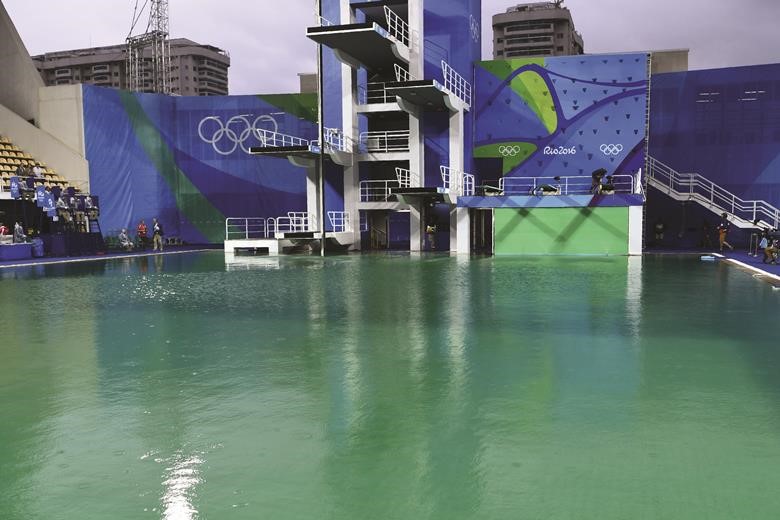 So I just wrote about how fun it is to watch Team USA win. It’s also exhilarating to watch the world’s best athletes do their thing. All of that still stands. I’m sure you agree.

But we have some lessons to learn as well. The first Olympic Games on the South American continent have included more than the normal amount of gaffes. Leading up to this, Brazil had found itself suffering under the country’s worst recession since the 1930’s. A political crisis, to say the least, for a heavily-populated nation. Under those conditions, even getting the Olympics off the ground was never going to be easy for Brazil.

We knew there were problems back in April, when people were killed when a cycle lane built for the Games collapsed into the ocean. Harrowing news images showed a long stretch of the bike lane – suspended some fifty meters over the water – which had literally crumbled.

Recent days (and nights) have further told the tale. Transportation nightmares. Faux Olympic branding. Empty stands that should have been full. Security breaches. Bullets flying near the equestrian center. Athletes robbed (not just the Americans making news today). Three police officers wounded by gunfire, one seriously. All with a global audience of three or four billion people.

I suppose the greenish water, in more than one pool, is symbolic. That aroma of hydrogen sulfide, not what anybody wanted. Finally Mario Andrada placed the blame on algae, but not until after multiple other ridiculous explanations were attempted to no avail: fake tan cream, damaged copper pipes, and even urine-revealing additives. Come on, Mario! Now the story is a drop in alkalinity.

Here’s my point: Brazil is in trouble. The Olympics are shiny by nature, but on the other side of those bright and festive partitions – which stretch for five miles all the way to the international airport – is another not-so-colorful world. A drug den guarded by armed traffickers. Some nearly 20 Rio communities known as Maré, where people dwell in fear under gang rule – except when under-resourced police have to invade for increasingly frequent and bloody raids. It’s a huge and treacherous slum.

Brazil faces political and financial collapse. Fitch became the second credit-rating agency to downgrade Brazil to “junk status.” Brazil’s economy is predicted to shrink by 3% in 2016 . All the while, the nation is being swallowed by a colossal bribery scandal with its nasty tentacles extended in a hundred different directions. Corruption looms on nearly every horizon of Brazilian culture. As a lover of Latin America, this is very sad to me. Brazil possesses the natural and human resources to thrive, but it is drowning in its own pool of political dysfunction and – likely soon – that pool will be overrun by a tsunami of out-of-control inflation.

The Question: How could a country which fought so hard to achieve democratic and economic stability collapse – before our very eyes – into utter turmoil?

The Answer: Lies. Lies at nearly every level of Brazil’s national life. Lies which corrupt a society like untreated cancer.

Beloved, we who are blessed to live in the greatest nation on Earth stand at a similar precipice. In rapid fashion, we are exchanging God’s truth for lies (Romans 1:22-25). You and I should be praying for our American government. For our President and Congress. For our U.S. Supreme Court. For legislative bodies and decision-makers at every level. For our universities and schools of every stripe. For our local leaders and neighbors.

And we should be praying for churches and pulpits from sea to shining sea.

2 comments on “The Rio Blues”