The Power of Patricia 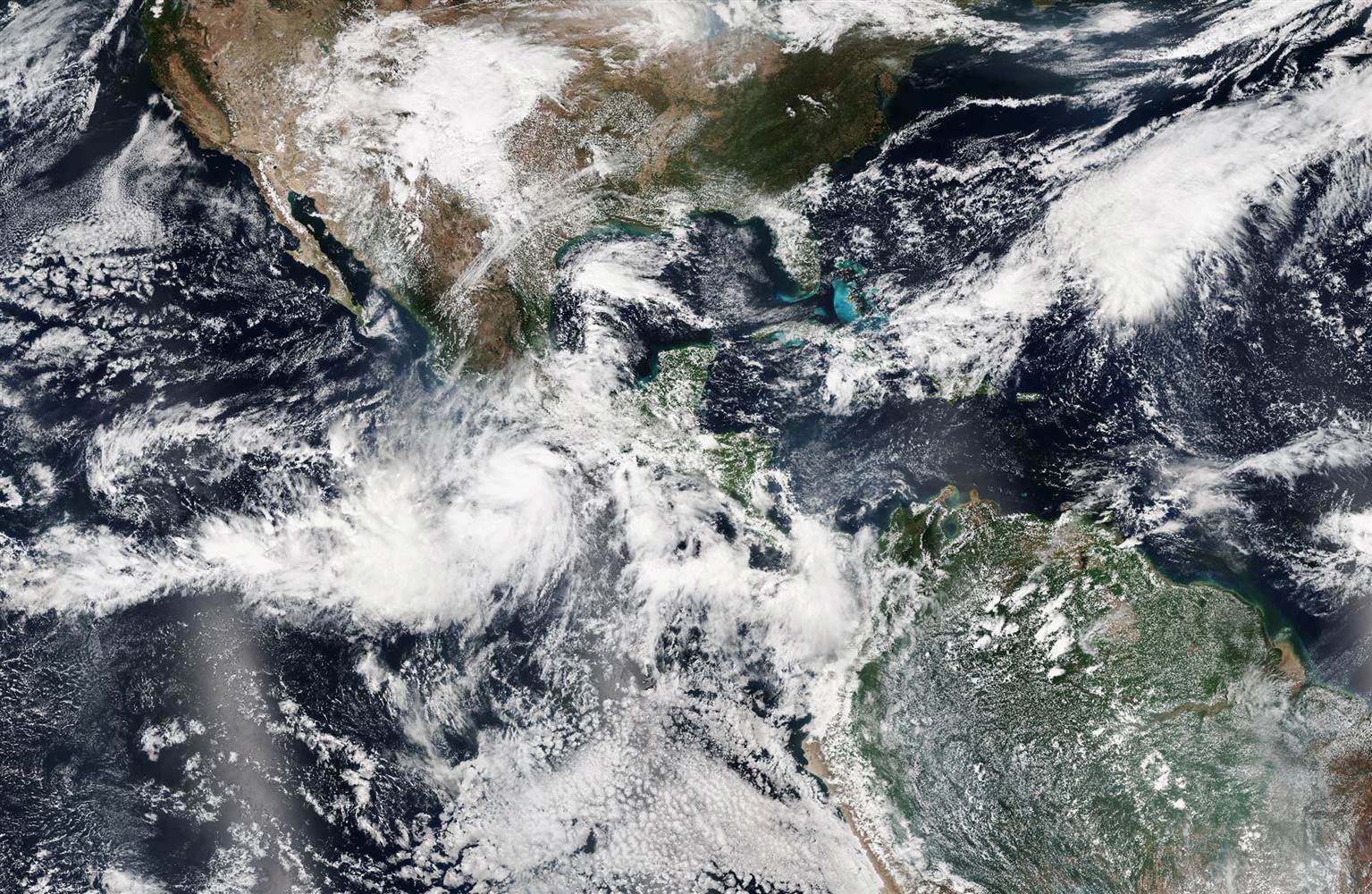 Some of you might not know that as a kid I was totally into meteorology. I practiced being a TV weatherman with my maps and my charts and all the rest of my props. So I’m kind of fascinated by Hurricane Patricia, now bearing down on Mexico’s Pacific Coast. Patricia is a Category 5 on the Saffir-Simpson scale, which is the highest designation for a hurricane as measured by its wind strength. As of this writing, the storm is about 140 miles southwest of Manzanillo. I have visited Puerto Vallarta, so I know what a stretch of beautiful and rugged coastline this hurricane presently threatens. It also threatens the people who live there.

Forecasters predict Category-5 intensity even upon landfall tonight. This is an exceptionally dangerous monster of a storm. Mexican authorities are distributing sandbags to help protect against rising waters, but you can imagine how likely it is that preparations will be too little and too late as streams overflow their banks and cause widespread damage in the form of flash floods. Patricia is so potent that even the Texas Hill Country, and the I-35 corridor from San Antonio to the Dallas-Ft. Worth metroplex, will be impacted by dangerous flooding.

Today we tend to depersonalize what we often label “nature,” but we must remember that our God is the Creator of all. He is fully in control, and there are always reasons behind the weather. His reasons.

The Bible does not share our timidity in assigning the weather, both good and violent, to the Lord. Psalm 42:7 is rendered: “Deep calls to deep at the roar of your waterfalls; all your breakers and your waves have gone over me.” Regarding Jonah, it was God (1:4) who “hurled a great wind upon the sea, and there was a mighty tempest on the sea, so that the ship threatened to break up.” Yes, if we take the Scriptures seriously, then we know that every weather pattern and anomaly simply does the bidding of our great and awesome God (Psalm 148:8): “Fire and hail, snow and mist, stormy wind fulfilling his word!”

I’m even convinced that God’s Word described the hydrologic cycle long before any scientist had that figured out. The cycle of water consists of three major phases: evaporation, condensation, and precipitation. Clouds move over the land and drop water through precipitation. The rain runs into creeks, the creeks into streams, the streams into rivers, and the rivers into oceans – with evaporation all along the way. Ecclesiastes 1:7 and Isaiah 55:10 describe the water cycle! Check out Job 36:26-33. There is a picture of evaporation and condensation with amazing clarity – centuries before any scientific understanding in this regard – as well as another affirmation of God’s greatness displayed as He “scatters his lightning.”

When Adam and Eve sinned, their sin (and ours) brought serious consequences to Planet Earth. Adam’s descendants became so godless and corrupt that God destroyed all human life, land animals, and birds by way of the Flood. Thankfully Noah, and his family, and his animals were saved – as Noah’s ark became a type of Christ for us. The fountains of the deep were broken up, and there was great volcanic activity. The layers of Earth’s crust were formed and even “nature” began to display the wages of sin. The stage was thus set for earthquakes and killer storms. Patricia is no exception.

The power of Patricia is a display of the power of God. In fact this is the most powerful tropical cyclone ever measured in the Western Hemisphere, with maximum sustained winds recorded at an unprecedented 200 miles per hour. Let’s pray for people in the path of the storm, and worship the God who is sovereign over all. In Jonah’s day, even the pagan mariners were afraid and cried out to their lifeless deities! How much more should we, for such a time as this, prevail upon the One who can calm the storm (Matthew 8:27): “What sort of man is this, that even winds and sea obey him?”

Posted on October 23, 2015 by garterburn
No Comments