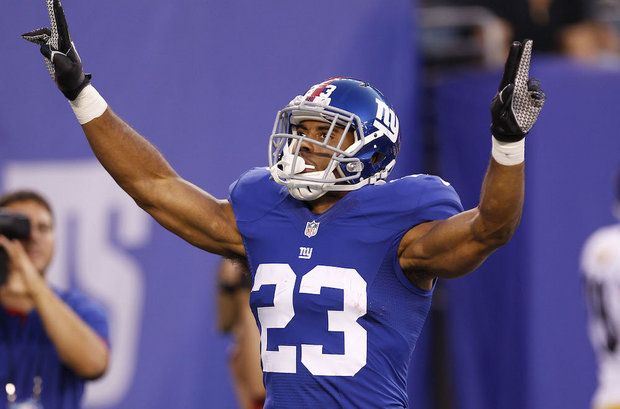 Rashad Jennings was released by the New York Giants on February 13. That makes him an NFL free agent running back. You may have seen him on ABC’s Dancing with the Stars. What you might not know is that Jennings displayed his Christian faith on the national stage. It happened on April 10, when Jennings and his dance partner Emma Slater danced to Katy Perry’s “Unconditionally.” The pair earned a rare score of 39 out of 40 from the four-judge panel.

Jennings was raised in a family that was far from perfect. Mostly due to serious alcohol abuse on the part of his father, Jennings’ childhood was filled with anguish – as he longed for the acceptance of his dad. Growing up, Jennings describes himself as an “overweight, chubby, asthmatic kid with these big red rim glasses.” His father provided financially, but Jennings wanted a close relationship with his dad – a relationship which seemed always to evade him. For many years, the emotional connection between father and son was strained at best. Maybe you can relate.

But as the performance ended that Monday night, Jennings left the dance floor and did the unexpected. He rushed into the crowd to hug his wheelchair-bound, double-amputee father. The two openly wept as they embraced. As the people jumped to their feet, it was like a real-life scene from Christ’s Parable of the Prodigal Son. 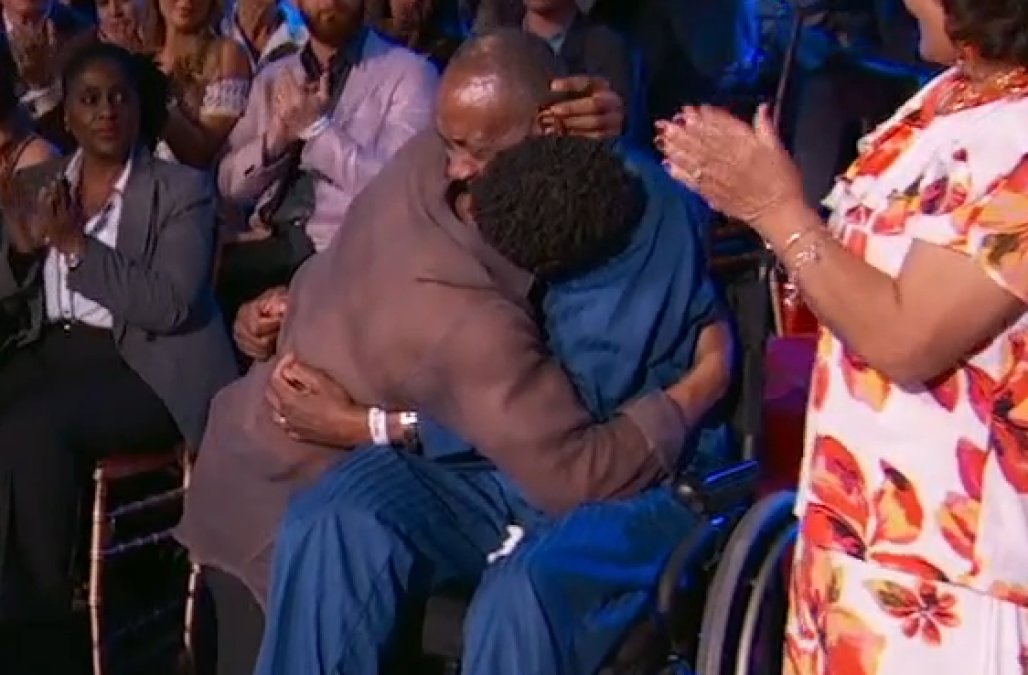 No one reading this blog posting can escape the need to forgive and to be forgiven, including the writer. Like you, I’m tempted to manufacture a million good reasons why I don’t need to extend forgiveness when I’ve been wronged. But God’s Word teaches us, and in fact requires us, to forgive: “Let all bitterness and wrath and anger and clamor and slander be put away from you, along with all malice. Be kind to one another, tenderhearted, forgiving one another, as God in Christ forgave you” (Ephesians 4:31–32). As you know, this is seldom easy.

As Rashad Jennings danced to “Unconditionally,” he was attempting to make an important point: “All the things that I’ve been able to achieve have been because of … unconditional love that we all have for one another in our family, but especially between me and my dad.” It was a powerful moment.

Truth is, grace is conditional. Forgiving love is possible only because an important condition has been met. Because of His great love for us, Christ has satisfied the righteous requirements of God’s Law (Romans 5:19; 7:6). Christ has fully accomplished this for us, and His righteousness has been credited to us. Our sins are no longer held against us. We’ve been released from sin’s penalty and power. And one day we’ll be fully released even from sin’s presence. We are free!

So now, in Christ, we are free to love as we have been loved. Thank you, Rashad, for reminding us.

It takes a real giant to forgive. Jesus showed us on the cross (Luke 23:34): “Father, forgive them, for they know not what they do.”