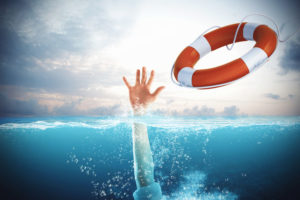 Today I’m expanding on some thoughts which I shared Monday on Facebook. I hope you find them helpful as we seek to understand such a tumultuous scene at the national level.

Christian theology often speaks of “the world, the flesh, and the devil” as the three enemies of the soul. This makes perfect sense when you consider the temptation of Jesus (Luke 4:1-13). God’s plan to save a people for His glory would have been forever thwarted if the Son of God would have bowed to idols, or yielded to carnal desire, or acted on satanic lies.

And take a look at Ephesians 2:1-3. Apart from Christ and His radical work of grace in the human heart, we’re dead. Not just sick, and not just dragged down – but dead! And then take a peek at 1 John 2:15-17. The nature of sin hasn’t changed, and neither has the nature of temptation – in this example articulated by John as “the desires of the flesh and the desires of the eyes and pride in possessions.” World. Flesh. Devil.

If these principles are true in regard to temptation and sin – and of course they are – doesn’t it follow that our struggles as a people (Lord knows, we have plenty of them right now) might be 3-dimensional as well? Friends, I think that this is worthy of our time and prayerful consideration.

Let’s take racial division, for example. It makes sense that there would be a systemic (world) component. Here’s what I mean: our world is broken by sin, and that inherent brokenness manifests itself in broken systems. That’s why it doesn’t take a rocket scientist to see that every system is imperfect, whether we’re observing the judicial system, the post office, or the way in which I have my papers arranged in my drawer. Large or small, it doesn’t matter this side of heaven – the system always has its imperfections. So, in the area of race relations, let’s not pretend that we don’t have work to do, or room to grow – if we start the conversation on race with an arrogant attitude, it’s going downhill fast. And it’s terribly unwinsome in the public square.

Likewise, it makes sense that there would be a personal (flesh) component that always gets in the way of how I see (and regard) other human beings. In other words, we’re all guilty as charged. We all have our blind spots and shortsightedness with which to contend. I don’t mean that each one of us is as wicked as we could possibly be, but I mean that every facet of our personhood is tainted by sin. That means that we all struggle with a selfish bent toward considering our own tribe to be the best tribe. That’s who we are as people, and that’s what we do. Thankfully, our gospel frees us from self, and empowers us to live a life of service, openheartedness, sacrifice, and love.

Furthermore, it also makes sense that there would be a demonic (devil) component behind all racial strife. Jesus reminded us that our enemy’s mission is “steal, kill, and destroy” (John 10:10). It seems like Satan would be all about doing whatever he can to fill our cultural climate with hatred and rage. He stokes the natural (and national) fires of pride, racism, prejudice, and fear. We’re presently primed for that kind of societal explosion and meltdown. For you and for me, Jesus speaks directly into this: when we insult our brother, we’re in grave danger ourselves (Matthew 5:22). But when we keep the reality of spiritual darkness in mind, it protects our hearts from blaming our problems on “that other group of people,” and it reminds us that the biggest foe we face is not the person on the opposite side of a political debate.

Because you and I are standing on God’s Word, we know that it will never be enough to change laws, policies, or even monuments without changing hearts. Our nation is bleeding, and our leaders in government are finding themselves more and more impotent, as people look to them to fix the mess. You and I are going to have to step in and help fix it, and that’s going to be accomplished most effectively as we share Christ – and serve others in His name – one person at a time. YOU can make a colossal and eternal difference in the world right now!

We also understand that it will never be enough to “change hearts” without humble trust in God’s power to do what we simply can’t do on our own (defeat the powers of sin and darkness). What I’m saying is that, even if we change people’s minds politically, that will not make for lasting peace. Because real peace is spiritual in nature, it only comes about between people as those same people experience peace with God. I know that’s an unpopular thought today, but it must be said. I’m not saying that we don’t strive and work for peace in the political arena – I think we should – but I’m reminding you that we can’t stop there: we’re the church!

The great Reformer Martin Luther described our enemy in vivid language. I thought we might benefit from a reminder from history: “Satan is by nature such a wicked and poisonous spirit that he cannot tolerate anything that is good. It pains him that even an apple, a cherry, and the like grow. It causes him pain and grief that a single healthy person should live upon the earth, and if God would not restrain him, he would hurl everything together in ruin. But to nothing is he a more bitter enemy than the dear Word; because while he can conceal himself under all creatures, the Word is the only agency that can disclose him.” Wow! I’m sure you get my point: we’re in way over our heads! Come, Holy Spirit, and help us believe and apply everything the Bible says!

People of God, let’s lead forward right now, starting with me – and starting with you. Here are some attempts to get that ball rolling, as we consider our own personal responsibilities to live as ambassadors of reconciliation (2 Corinthians 5:16-21).

We better keep our identity as Christ followers thoroughly intact as we navigate these troubled waters, or we are sure to sink.