Sunday I preached on the wonder of work! Based on the Bible’s cultural mandate found in Genesis 1:26-28, I tried to present a strong case for the revival of the Protestant Work Ethic. I contend that we, as Christ followers, need to recover our calling to lead in culture, government, industry, and plain-old hard work in general.

In case you think this subject is irrelevant, that very afternoon a once-famous actor from the 80’s Cosby Show was publicly shamed for his “menial job” at Trader Joe’s (a grocery store). So 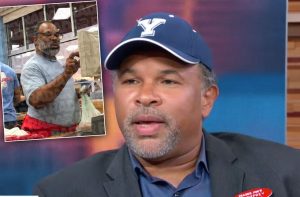 Geoffrey Owens makes $11 an hour as a cashier? Friends, that might be the most honorable job on Earth – just like yours. As far as I’m concerned, shame on the shamers. We thought Bill Cosby was the example we ought to follow. Turns out it was Owens.

So I’ve been thinking about this a lot. We are to have dominion over the earth, subdue it, and develop its latent potential. As God’s image-bearers – and this was reiterated in abbreviated form to Noah in Genesis 9:1 – you and I are the only ones who can fulfill the cultural mandate as it was truly intended – because we know that God’s glory is the bottom line. The end goal. The prize! Unbelievers don’t (can’t) understand that.

We were not purchased by the blood of Christ so that we could cocoon ourselves off in some corner fearing the “secular” world and its dangers, but we have been uniquely commissioned to bring the light of Christ into every sphere of the public square. We are to light up the marketplace with creativity, ingenuity, and gospel passion. Through hard work and perseverance at whatever temporary post where we’re divinely assigned, we are to lead by example. Soli Deo Gloria. 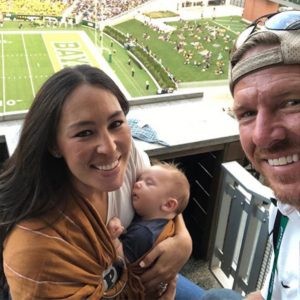 Then I noticed Chip and Joanna Gaines on Twitter. What were they doing? Just enjoying a Baylor football game. Against Abilene Christian, if you’re interested in the details. I’m super proud of our “Fixer Upper” friends, not just because they’re brave enough to take their new baby, Crew, to a game (along with siblings Drake, Ella Rose, Duke, and Emmie Kay, of course) – but because they’re brave enough to live out their Christian faith before a watching world.

I stole “#sicem” from Joanna’s post on social media. Being the son of an diehard Texas Aggie, I certainly know what “Sic ‘Em” means! It means “go get ‘em.” And, I realized in the moment, that that’s what I’ve been wanting to tell you all week.

You are where you are supposed to be, at least for now. Your job as a high-profile exec, or a janitor, or a mom of five is a high calling in Jesus Christ.

I’ll close with something Burt Reynolds, who died just yesterday, said at age 82: “I don’t know why I think this, but maybe I’ve got my best work ahead. Maybe I’ll be putting my teeth in the glass, and maybe it will be a very different kind of role, but I want to do something.” 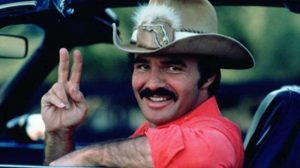