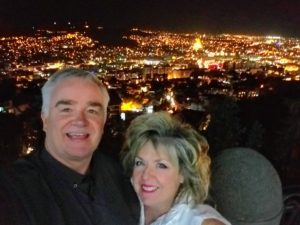 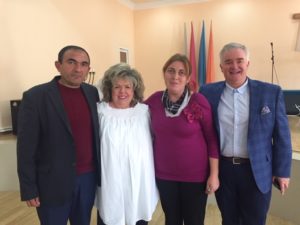 And some Georgians. And some Russians. And some Iranians. And even a few Azerbaijanis. It’s been a terrific ten days! Thank you for praying for us. We’re flying home full of gospel joy.

Though Christianity landed in Armenia in 301 A.D., making it the first Christian nation in the world, and though most Armenians still consider “Armenian” and “Christian” to be synonymous, many Armenians have never heard a clear presentation of Christ’s gospel. In a country of just over three million people, there exists a long history of turmoil and suffering. The most awful chapter of that history began in 1915 when the Ottoman Empire deported and systematically exterminated 1.5 million Armenians. That led to the coining of the term “genocide” in 1943.

Armenia also controls Nagorno-Karabakh, a hotly contested enclave along the border with Azerbaijan, which is marked by violence and random shootings. Because of this ongoing conflict, Azerbaijan and Turkey have attempted to punish Armenia through trade blockades. As Eileen and I have served here with Armenia Relief Mission, we have met a number of women whose husbands left the country to work in Russia. 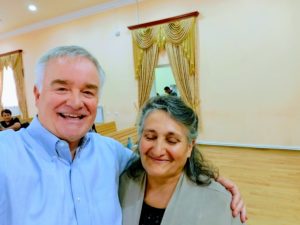 Some of these men send home financial support on a regular basis; others have completely disappeared, leaving their families in desperate situations.

Economically, conditions are slowly improving since our first mission trip to Armenia in 2006, but there is still widespread unemployment and poverty in this predominantly mountainous country. (I included a photo of Mt. Ararat, but you’ll have to really zoom in if you want to see Noah and his family.) 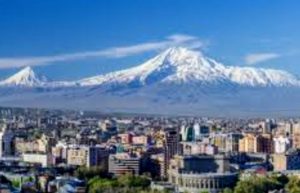 So this year we focused our teaching on encouragement from the Scriptures. Eileen taught the women the entire book of Galatians. 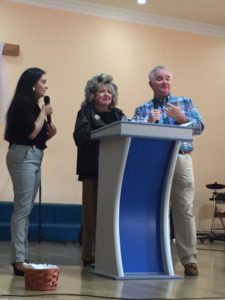 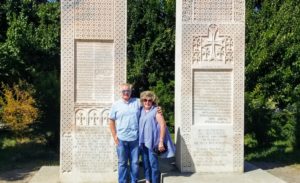 I, by the people’s request, talked about spiritual gifts, and ministry to the Millennial generation. Sunday I preached on “the heart of a servant” from the story of Mary and Martha. I particularly attempted to debunk the lie of the prosperity gospel, which unfortunately has been exported to Armenia by American preachers.

Armenians, like everybody else, need a solid Biblical theology

of suffering. We need to know what I reminded our international gathering Sunday morning: “The Lord is my portion.”

Eileen and I are so grateful to serve a church that is thoroughly committed to the Great Commission. Lord willing, I’ll see you Sunday if not before. Grace ’til then. 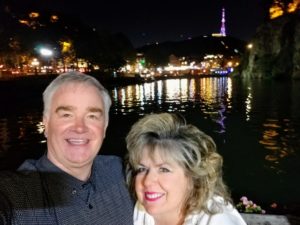