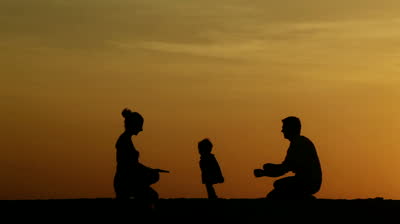 If you’ve ever walked with a family through the process of legal adoption, or if you’ve been there yourself, you know some of the gut-wrenching twists and turns in the road that generally make adoption extremely difficult: emotionally, spiritually, and financially. But, just like natural childbirth, finally receiving a long-awaited daughter or son often makes the pain of the journey melt away.

All Christians are adopted. If you’re in Christ, you have been legally adopted as a child of God into God’s own family. The Creator of the universe is your Father! The Apostle Paul used the term “adopted as sons” to write to the believers in Rome (Romans 8:15), where they would have understood this within a very  specific context. Under Roman law, if you were an adopted child, you enjoyed the identical legal rights of a child born naturally into the family. An adopted child had the right to the family name of the person who adopted him and the right to an inheritance of the family property.

We read similar language in Galatians 4:4-7. It is because of our adoption as children of God that you and I can cry out to the Lord day or night, “Abba, Father!” “Daddy!” He is ours, and we are His. All the time. Inseparable bonds of love, trust, and fellowship. The miracle of adoption! It means that we matter to God. You and I are somebody now. Not in the sense of human ego but in the gospel sense – we’re now children of the King! This is not a status that should lead to pride – it’s a status that should lead to praise.

See what kind of love the Father has given to us, that we should be called children of God; and so we are! First John 3:1. Justification gave us the legal status of forgiven sinners, but adoption gives us the relational status of belonging to a family. God’s family.

But, as wonderful as all of that is, that’s not all. Roman law included specific provisions that only natural children could be estranged or disowned from a family. In the Greco-Roman world, estrangement of a natural son prompted adoption of a new son. Our Lord Jesus, the Father’s natural Son, was estranged from His Father when He became sin for us (Second Corinthians 5:21). What’s my point? Jesus became estranged so that you and I could be adopted!

When Jesus was raised from the dead, Christ’s resurrection was not just a marvelous display of divine power. It was God the Father welcoming God the Son back into the family. And here’s an even more amazing dimension of the truth of adoption: When the Father welcomed Christ back into His family, He welcomed us too! Oh how the good news of the gospel never ends …

You likely already know that Jody and Shannon Stivers are anxiously anticipating the adoption of their little girl, Remie Hope, from China. This Sunday we will celebrate Remie Hope’s third birthday at Swirl’s Frozen Yogurt (5187 Hinkleville Road). If you will stop by and enjoy a frozen treat between 1:00 and 8:00 p.m., half the proceeds will help make this humble prayer an accomplished adoption. Let’s be a big family now, First Baptist Paducah, and wrap our arms of love and support around Jody, Shannon, Carson, Sydney, Hudson, A.J., Harper, Marcella, and Remie Hope.

Of that wonderful and almost indescribable moment when an adopted child is received into his or her new family, adoptive dad Phil deHaan writes: “The biology is not important, for where the genes fall short the heart bridges the gap. The months and years of dreaming of this day have created an overwhelming urge and instinct to cherish and protect. And you rock this child, who looks at you with tender eyes, and you say softly: ‘I love you.’ And that, in my opinion, is the miracle of adoption. It’s a miracle that Christians around the world know too. For every day God looks at us, his adopted children, and whispers those sweet words to us as well.”

The heart bridges the gap. I’ll see you at church and at Swirl’s.