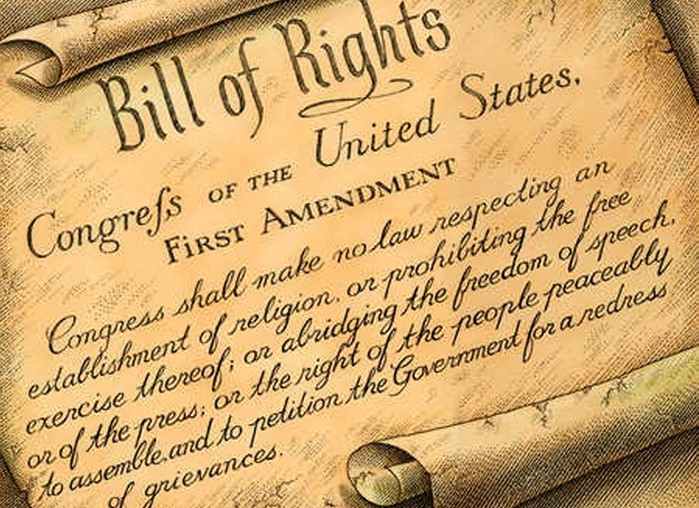 I am deeply concerned about what is transpiring before our eyes in America’s heartland. Not in New York City. Not on the Left Coast. Iowa.

Why? Because the church welcomes nonmembers to attend its worship services, the church has been deemed among the state’s “public accommodations.” Scary. Scary indeed. Under Iowa law, “public accommodations” can’t make a person feel unwelcome based on his or her “gender identity.” And the Iowa Civil Rights Commission has just lumped a church into that broad category. This is nothing short of a ban on free speech. Speech that every American should want to protect. Speech that is clearly protected by the U.S. Constitution.

But in this strange new world in which we live, the pastor of the Iowa church is now prohibited from preaching about God’s design in creating each person as distinctly male or female. The law also includes a facility-use mandate that compels “public accommodations” to open their restrooms, locker rooms, and even their showers to persons based on gender identity – rather than biological sex. Even asking about a person’s gender identity, in conjunction with using gender-specific facilities, violates the Iowa law. I wish I were making this up.

Why is this such a huge development? Simply this. For the very first time in the history of the United States of America, a state government is attempting to control a church’s religious teaching – even within its own house of worship. This is nothing short of outrageous. Federal law typically considers “public accommodations” to be facilities like restaurants, hotels, movie theaters, retail establishments, and parks. But that didn’t stop Iowa. The state is attempting to determine what is a “bona fide religious purpose.”

The Alliance Defending Freedom has intervened with a  “pre-enforcement challenge.” Please pray that ADF prevails. In another generation, we could have assumed that our U.S. Supreme Court would recognize the chilling effect of Iowa’s behavior on religious liberty – and that the high court would move quickly to protect free speech. But those days may be gone.

Friends, we have in large measure brought this on ourselves. We have played church, and watered down the gospel. We have lost our evangelistic fervor, and pursued the applause of the world over the favor of Almighty God. May Christ look upon us with grace, and forgive our manifold sins and weaknesses. Perhaps Ravi Zacharias said it best: “We are at war, but not only with an enemy. We are at war within our own culture, and whether we will ever win over the enemy depends on whether we win this war within our own souls.”