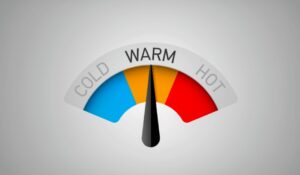 “I do not think the devil cares how many churches you build, if only you have lukewarm preachers and lukewarm people in them.” That’s a sobering quote from Charles Haddon Spurgeon.

Even more sobering is a quote from Jesus (Revelation 3:16): “Because you are lukewarm, and neither hot nor cold, I will spit you out of my mouth.” Christ’s words were included in a letter to the proud church at Laodicea, but surely they are also words of warning for every generation.

The city of Laodicea, near what is now Denizli (Turkey), got its water from a location about five miles away. Remarkably, the Romans had pioneered a system of wooden pipes which was quite impressive. But, though the water started out the perfect temperature for a nice bath, by the time it reached this modern city it was no longer hot. It wasn’t fresh, because the long journey through the aqueducts had filled it with sediment. Nor was it cold. The water was lukewarm. So, as Jesus confronts these wayward people, He capitalizes on their daily grind to make His point.

A lukewarm person feels spiritually self-sufficient. In A.D. 60, Laodicea had been completely destroyed by a major earthquake. Instead of accepting foreign aid, the citizens rebuilt the city on their own. But their “success story” had gone to their heads, and they now viewed themselves as strong and in fact invincible. This erroneous self-assessment was symptomatic of a crippled spiritual self-understanding as well.

A lukewarm person banks on their own goodness. Speaking of banking, Laodicea was a strategic center of commerce, and particularly a finance mecca. When Jesus labeled the Laodiceans “poor,” they likely had no idea what He meant. We know that our Lord was referring to their spiritual condition, but that probably escaped them. For those of us whose eyes have been opened to see the folly of our own “goodness,” this is a clarion wakeup call: amazing grace, how sweet the sound! We have no righteousness but Christ’s.

A lukewarm person walks by sight, and not by faith. Instead of leaning on the everlasting arms, the Laodiceans were leaning on themselves. After all, there’s no reason to trust God when you’re trusting in what you’ve achieved and attained. The Laodiceans took tremendous pride in their advanced medical community, particularly in their eye doctors. It must have been a rude awakening for Jesus to declare them “blind.” How thankful you and I should be for the marvelous gospel of Christ which has given us resurrection life by the power of the Holy Spirit!

A lukewarm person imagines themself as better than others. It’s easy to think highly of yourself when the standard of righteousness is you. That’s why it’s so natural for us to see the sin in other people’s lives more quickly and clearly than we see our own. Jesus used the word “naked” to describe these people. Imagine that! Laodicea was a textile center, where fabrics for the world’s most gorgeous clothing could be found. But they were the last to know that everything in which they prided themselves only exposed their spiritual bankruptcy and shame.

In the same passage, our Lord Jesus promises that He “stands at the door and knocks.” His gracious invitation is incredibly good news in light of our propensity to trample over Christ’s righteousness in blind allegiance to our own.

The English Puritan Walter Marshall said it like this: “Your heart is addicted to salvation by works.”

O God, may it never be said of us!

2 comments on “Bring the Heat”