I married up. It’s that simple.

If you’ll allow me room for just a little bragging, Eileen has been appointed to serve on the Leadership Council of the Ethics and Religious Liberty Commission of the Southern Baptist Convention. If you had known Eileen as long as I have, you’d understand just how excited she is about this! My wife has felt a strong calling from the Lord to defend religious freedom since before she entered law school back in 1984. As a matter of fact, that’s why she went to law school.

This appointment means that Eileen will be part of the team of pastors and leaders who serve as ambassadors for the ERLC. From the ERLC website: “From coast to coast, from mega church to country church, from men to women, and from various backgrounds, these leaders represent a cross section of evangelicalism in general and the SBC in particular.” Under the leadership of Dr. Russell Moore, the ERLC is the moral and public policy agency of our nation’s largest Protestant denomination.

Please pray for Eileen as she takes up her first assignment this weekend, which will be her first opportunity to interact with other members of the Leadership Council. The date has been chosen so that the team can participate in the March for Life, aimed at providing all Americans with a place to testify to the beauty of life and the dignity of each human person. On the anniversary of legalized abortion in the U.S., pro-life leaders will organize, unite, and strategize around a common message, and seek to communicate that message to the government, the media, and the nation in a way that is powerful and life-affirming.

Eileen will leave this Thursday morning for Washington, D.C., where the ERLC Leadership Council will tackle not just the sanctity of human life, but a number of other important issues facing followers of our Lord Jesus Christ. If you’re interested, I’ll attach Eileen’s bio from the ERLC’s announcement page. Soli Deo Gloria – to God alone be glory! 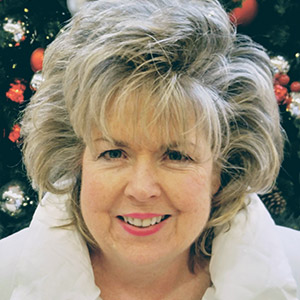 Eileen Moore graduated with honors from Northeastern University with a B.A. in biology and a certification in respiratory therapy. She attended Wake Forest University School of Law and graduated in the top of her class. Following law school, Eileen clerked for the Honorable Eugene H. Phillips on the North Carolina Court of Appeals. Subsequently she has worked primarily for the federal government in the Department of Justice; Homeland Security, Customs and Border Protection; and the Federal Judiciary. She also had the privilege of working Of Counsel with the firm of Mauck and Baker while living in the Chicago area. Eileen trained as an Allied Attorney with the Alliance Defending Freedom, and volunteered in that capacity during the period she was not working for the federal government.

Eileen is married to Charles, who serves as the senior pastor of the First Baptist Church of Paducah, Ky. Charles also earned a law degree and shares Eileen’s passion for religious liberties. They have one son who is in high school. Together they have served congregations in North Carolina, Kentucky, greater Chicago, and Southern California. Eileen enjoys leading in women’s ministry, mentoring pastors’ wives, and planning special church events.

26 comments on “Bragging (Just a Little)”