I don’t have to tell you that digital technology is quickly creating a cultural climate in which those who embrace the latest moral norms can call for the outright “cancellation” of any who oppose the controlling agenda. The reach of these cancellations, and the immediacy of the unfortunate results, is unprecedented. The relentless demands of our cancel culture are rooted in a postmodern worldview, in that all truth claims are deemed subjective and individualized.

What we’re observing before our very eyes, friends, is a societal shift of seismic proportions, by which “tolerance” is becoming frighteningly intolerant. Personally, I find the saddest dimension of all of this to be that people are becoming less and less willing to maintain meaningful relationships with those who see the world differently than they. But wasn’t that diverse ideological mosaic promised to be the beauty and benefit of multiculturalism? What a tragedy we’re experiencing! Who wants to live in an echo chamber of nothing but their own ideas? 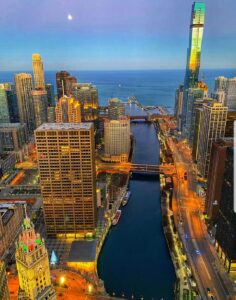 But hold on just a second. At the University of Chicago, an online journal called the Chicago Thinker, written by a growing group of students at the university, has emerged. Despite the firm grip of our crippling cancel culture, some new voices are being heard. I find this development surprisingly hopeful because it signals for us that there are a few Gen-Zers out there who are willing to declare that enough is enough.

C.T.’s official mission statement sets the tone and the primary goal of these determined students: “We demand not to be coddled. Embracing the experience of unfettered inquiry and free expression is precisely the point of these years of intense study: to rigorously confront and challenge our most deeply-held beliefs, and to emerge from the experience as more thoughtful, informed human beings.” That, to me, sounds like a real college education. Imagine that!

In the days of His earthly ministry, our Lord Jesus walked and served among many who were marginalized by the mob in power. We could talk about the woman at the well, or we could talk about Zacchaeus the tax collector, or we could talk about many others. What we would discover is that the “mob” was often the self-righteous religious crowd. I mention that in the hopes that you and I will always stay humble in our cultural assessments. The problem is all too often us.

Like Pontius Pilate, there will always be truth deniers, especially when it comes to the gospel. And it’s easier for truth deniers to cancel their perceived enemies than to be confronted with the reality of their own sin. This battle for the truth rages at a major international university, and it rages in our own backyards.

But canceling always backfires in the end. The tomb is empty.