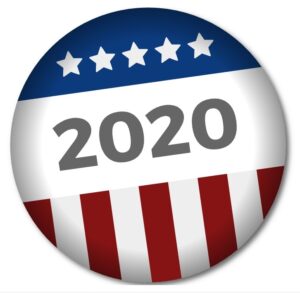 We are blessed to live in a nation where freedom of speech, religious freedom, and the free exercise of religion are protected. Truly blessed! Under such extraordinarily privileged circumstances, I believe that the exercise of our right to vote is part of our Christian calling to live as salt and light in this world (Matthew 5:13-16).

As Christ followers, you and I are dual citizens in a very important sense. We are already citizens of heaven, but we are also citizens of a specific nation here and now on Planet Earth. It is my contention that the Bible calls us to exercise faithfully our responsibilities in both regards. Voting, I believe, is one of our responsibilities as citizens of this nation. Our participation in the affairs of the visible nation is an expression of our clear and compelling witness to the reality of our invisible nation. Not voting runs the risk of signaling to our neighbors that we don’t care about a key dimension of the personal freedoms with which our God has blessed us.

In the United States Constitution, which of our rights appears most often in the text? It is our right to vote. I think that it should mean something to us that the right to vote is singled out more than any other.

A democratic system enables the government and politicians to be held accountable by the people. It provides a critical check on political power. It aims to give everyone a voice. You have a voice, so I’m urging you to let your voice be heard. I agree with Winston Churchill: “Many forms of government have been tried, and will be tried in this world of sin and woe. No one pretends that democracy is perfect or all-wise. Indeed it has been said that democracy is the worst form of government except for all those other forms that have been tried.”

If the sun comes up on Tuesday, Jeremiah’s ancient words ought to ring loud and clear in our ears: “Seek the welfare of the city where I have sent you into exile, and pray to the Lord on its behalf, for in its welfare you will find your welfare” (29:7). I urge you to vote from an informed perspective. And I urge you to vote morals over money. Sometimes we have to vote strategically – this is part of employing Biblical wisdom – and it means that we want our vote to count even when absolute uniformity with our perspective on every issue isn’t an option. Before we decide to cast a protest vote, we ought to think through the practical implications of that vote. In other words, we need to understand who we may be helping to put into office inadvertently. So the prophet was right: this is a call to humble prayer.

Romans 14 reminds us that we must respect our God-given conscience. It’s also why we respect people with whom we have political differences. This applies to voting, as it applies to everything else we do. We search the Scriptures. We use our best faculties of reason. We listen to other wise voices in our lives. And we never lose sight of this: regardless of who wins the election, Jesus will still be Lord! You and I are always to be people of hope.

And, though we sometimes have to endure political administrations which were not of our choosing, the longest of them – in light of eternity – is like a pail of water against the backdrop of the Pacific Ocean. Temporary political consequences may pile up until we feel crushed under the weight of them, but our Sovereign God is able to keep us from falling.

What the angel Gabriel said to Joseph of our Lord Jesus (Luke 1:33) is still true: “Of his kingdom there will be no end.”