Revival. Upon us we pray.

Thank you for a wonderful month of seeking the Lord to do great things in and through the people called First Baptist Paducah! 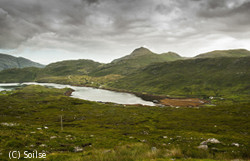 Scotland. 1949. The Isle of Lewis, in the Outer Hebrides Islands. Within sight of the Scottish mainland at the northern gateway to the Irish Sea. Fishing communities. Cold, windy, and wet.

A remarkable movement of the Spirit of God broke out in the villages of Shader and Barvas, which then spread all over the island, and eventually extended well beyond there. It was a powerful work of the Holy Spirit, in which the awareness of the presence of a holy God was so overwhelming – and the fear of God and the conviction of sin so great – that in a matter of hours, church buildings overflowed with people. No advertising of any kind. Imagine that.

Sunday morning I’ll show you a brief video capturing something of what is now remembered as the Hebrides Revival. It lasted almost three years.

But what led to the revival?

Prayer. Cottage prayer meetings, in fact. Two sisters, Peggy and Christine Smith – one of them 84 years of age and blind, the other 82 and crippled with arthritis – became particularly burdened by the appalling spiritual condition of their community. Not a single “young person” attended public worship, so these two women made that a matter of fervent prayer.

The Presbyterian minister, Duncan Campbell from Edinburgh, recorded: “A verse gripped them: ‘For I will pour water upon him that is thirsty, and floods upon the dry ground’ (Isaiah 44:3). They were so burdened that both of them decided to spend a long time in prayer twice a week. On Tuesdays and Fridays they got on their knees at ten o’clock in the evening, and remained on their knees until three or four o’clock in the morning; two old women in a very humble cottage.”

The preacher was preaching his heart out, but no one was moved. The congregation was content in their stiff and cold religious routines, or so they thought.

During one particular worship service, a young boy named Donald – seated near the front of the sanctuary – began to quietly weep. The preacher, in humility, recognized that the boy was closer to God than the preacher – so he stopped his sermon and asked the boy to pray.

Three sentences into the boy’s prayer, God’s power fell upon the church. Formal Scottish Presbyterian churchgoers began to cry out to God for mercy. Many knelt in repentance. Many stretched their arms toward heaven (which was not the church’s “style”). Something similar was happening seven miles away, and God took it from there.

In Pastor Campbell’s own words: “More souls were saved through young Donald’s prayers than all the preachers in the revival.” Young women and men filled the pews, and then quickly took Christ’s gospel into the streets.

Two praying women and a boy moved the heart and hand of God. That’s how God moves.

First Baptist Family, revival is coming. As to be expected, fiery darts fill the air. Maybe you never pray for your church, but I urge you to pray this weekend. Only prayer will work.

Revival. Upon us. In us. Through us. (In spite of us.) “For nothing less than this, O Lord, we humbly pray.”