Yesterday was International Women’s Day, and protests abounded across the globe. Some were visual statements about basic rights for women, some were expressions of gender solidarity, and some were just downright angry. It’s great to celebrate women. What is not great, however, is to protest in such a way that we dishonor Christ. I was saddened as I read about Canadian Prime Minister Justin Trudeau’s commitment to spend $650 million dollars on “reproductive health rights,” as I know from talking with many women over many years that such “freedoms” do not in the end bring joy, relief, or prosperity on any level. 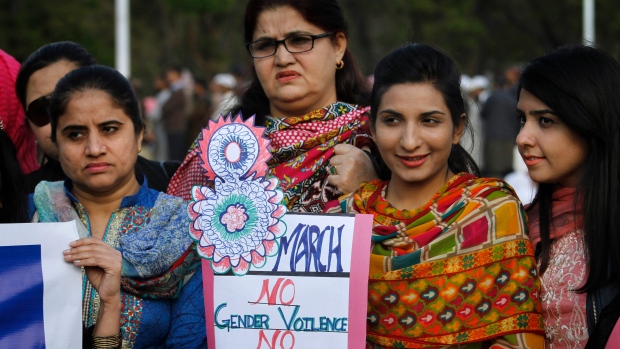 That being said, we who are Protestant were born out of protest. The very idea that each one of has access to God through the mediatorial work of Christ – and that access independent from any intervening human priest (Hebrews 7:26 – 8:2) – was a scandalous concept in the face of a powerful, wealthy, and doctrinally askew church. People gave their lives for the truth of salvation “by grace alone through faith alone in Christ alone.”

Theism is intrinsically connected to human rights. We see this in our nation’s founding documents: “… all men are created equal, that they are endowed by their Creator with certain unalienable rights …” Thomas Jefferson chose to use words which appeal to an awareness of a Creator God. And we find even deeper roots of “human rights” in the Hebrew Scriptures, in Christianity proper, and in the gospel of Jesus.

So, in our world where everyone wants a voice, as you decide personally what to protest – and perhaps what not to protest – I’d like to humbly offer a few suggestions for followers of Christ.

It’s really hard at times for us to differentiate between our political leanings and our Biblical moorings. I hate to burst your bubble, but they don’t always align with perfect precision. Likewise, sometimes we misinterpret the “tried and true” as the automatic “right and best.” We have a plumb line, but it isn’t our experience. It’s God’s Word (Second Timothy 3:16-17). As a matter of fact, the Protestant Reformation was all about restoring the Bible to its proper place in our lives – that all of our experiences might be subjected to its final authority.

In history, and in American history particularly, not every Christian believer landed on the exact same issues at the exact same time. Sometimes, as in the case of slavery, the Lord awakened a few people first. Others were much slower to be convinced that slavery was wrong, even though they also were committed to the Scriptures. This ought to be a lesson for us. We need humility. We need patience. We need to remain open-minded, in the best sense of the term (Proverbs 18:13; John 8:31-32). Perhaps we’ve been wrong on a particular point. We need to make sure that we’re not screaming so loudly in “protest” that we can’t hear the still, small voice of God.

“Open your mouth for the mute, for the rights of all who are destitute …” (Proverbs 31:8-9). Those are our marching orders. But, here’s the reality: as a movement for sweeping cultural and social change, Christianity rarely thrives in the halls of uncontested power. We do far better when we feel weakened and marginalized – when we’re desperately dependent on our Savior for His strength and His persevering grace (First Corinthians 13:4-7; Second Corinthians 12:10).

That doesn’t answer every particular question, and it doesn’t fully settle the issue of whether or not you should support Disney when they make a poor choice in the world of entertainment, but it does give you a little food for thought.