More Than a Spoonful of Sugar

Perhaps, while the kids or grandkids have a few days off from school, you’ll indulge in a bit of butter popcorn and Mary Poppins Returns. The film opened in theaters nationwide December 19. Mary Poppins is exceptionally well done, and I think you’ll particularly appreciate the appearances of Angela Lansbury, Meryl Streep, and Dick Van Dyke. Eileen and I enjoyed the movie from start to finish. It’s a Disney reboot of the beloved American classic from 1964 – and it’s still set on Cherry Tree Lane. This time the Great Depression has intruded, and times are tough for everybody in London. Michael and Jane are grown up now, and they’ve lost the wonder of their childhood years. John, Anabel, and Georgie are the children now.

In case you take me up on it, I’ll offer a few points of post-viewing discussion with those you love: 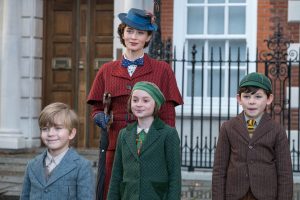 2 comments on “More Than a Spoonful of Sugar”