Just over a week ago I was at the U.S. Supreme Court for the “Justice for Jack” rally. I don’t want to repeat myself here, so please read (if you haven’t already) that blog posting first. Today I’m including my pics from my day in D.C., as our church technology was in full-blown rebellion last week and refused to upload these photos. In a nutshell, before the Justices right now is this issue: can a state force its citizens to express support for same-sex marriage through their artistic creations?

As I see it, the question is not really whether you or I agree that Jack Phillips did the right thing by refusing to create a wedding cake. The question is: as a Christ-follower, does Jack have the legal right to make that decision? In other words, is Jack’s personal conviction protected by the First Amendment to the U.S. Constitution? I would contend that it is.

But here’s what I want to say upon further reflection on this subject: this case should never have happened! For obvious reasons, we need anti-discrimination statutes. But we also need to use them wisely. Isn’t the point to protect our citizens? Absolutely. The point must not be to make sure that every American agrees on the subject of gay marriage; in other words, anti-discrimination laws should not be used to punish people who don’t agree with the state and who harbor no ill intent toward people who need protection. That’s why I felt compelled to speak up.

You may not remember the name of the case that made it to the Supreme Court when gay marriage became the law of the land. It was Obergefell v. Hodges. The Court in Obergefell concluded in its majority opinion that a commitment to traditional marriage can be held “in good faith by reasonable and sincere people here and throughout the world.” The Court went on to write that “many who deem same-sex marriage to be wrong reach that conclusion based on decent and honorable religious or philosophical premises, and neither they nor their beliefs are disparaged here.”

As I reread that opinion, I realized that Jack Phillips the cake designer ought to come under the umbrella of that protection. And here’s why it matters, if you want just a little bit more of my humble opinion: I fear the day when every disagreement in America is viewed as hostile, dangerous, and discriminatory. I don’t think I’m being too dramatic when I say that we stand on the brink of morphing into that kind of unworkable society.

It seems that we still attempt to apply other anti-discrimination legislation in a fair and reasonable manner. Bans on religious discrimination aren’t used to force humanistic organizations to violate their convictions. We don’t force Planned Parenthood to hire evangelical and pro-life Christians, and we don’t force bakeries to bake cakes with anti-gay themes. I guess what I’m saying is that American law requires more than a full dose of common sense!

Sexual orientation and gender identity anti-discrimination policies are enacted to protect people, not to punish people for their thoughts. Not allowing an African American to drink from a public water fountain is bigotry, but believing in marriage as the union of a man and a woman is not. Surely we can make that distinction for the purpose of American civility and tolerance, and in hopes of creating a culture marked by “life, liberty, and the pursuit of happiness” for all.

Both of my grandmothers used to call it “horse sense.” Where is it now when we need it most? 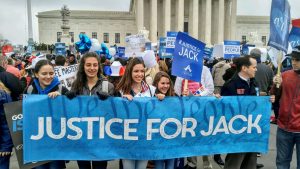 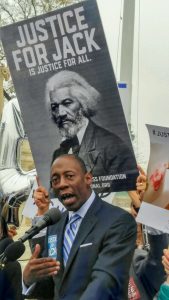 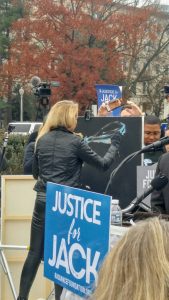 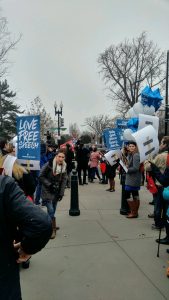 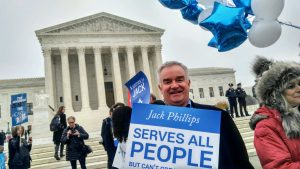 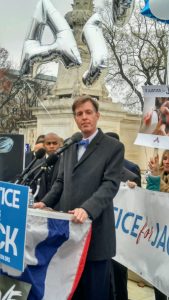 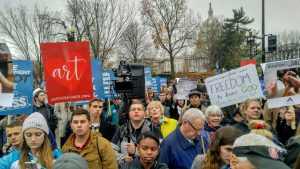 2 comments on “Justice for Jack-II”