So many good things are happening in our church right now. Among them, our new Teaching Team has taken off and is already flying well above 10,000 feet. And still ascending. Thank you for supporting our first public event: the 2014 Summer Film Series. Some 200 of us will be attending Irreplaceable at Cinemark tomorrow evening. We’ll digest both the burgers and the movie, and then devote our Wednesday evening program to a group interactive discussion of the worldview advanced by the film (as well as other worldview options that conflict).

And that’s largely the kind of opportunity that our Teaching Team will attempt to serve up for our church family on a regular basis: events that help us develop and implement a thoroughly Christian and Biblical worldview. (If Christianity is true, how then should we think and live?)

One of the most pervasive worldviews that threatens American evangelicalism today is a false notion of “tolerance.” Any Christian ought to support a general respect for people (we’re all created in God’s image), as well as a general respect for freedom of conscience and freedom of thought. That is a noble form of tolerance, and one that has fallen on hard times.

For most people in our culture today, however, “tolerance” has come to mean something like this: “All points of view are equally valid, and all truth is relative to the individual.” That is not tolerance, but the old (and I mean old, as in “Did God really say?”) lie called moral relativism. 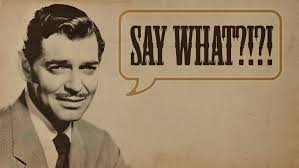 Moral relativism is hypocritical right out of the gate. It professes that all points of view are true, yet it rejects those who dare to hold the view that there are absolutes in morality. Here’s how you can recognize moral relativism … “That is your truth, not mine” … “That’s true for you, but not for me” … “There are no absolutes.”

Of course certain aspects of relativism are true. In some countries people drive on the right side of the road, and in others on the left. Some people are irritated by the smell of garlic while others are not. Some people want to live in Alaska, while some despise any temperature colder than 65. All true.

I have more to say on this critical subject, but I need to make a hospital visit, so I’ll close for now and try to write more this week.