↓ Skip to Main Content
Home › Blog Posts › If My People 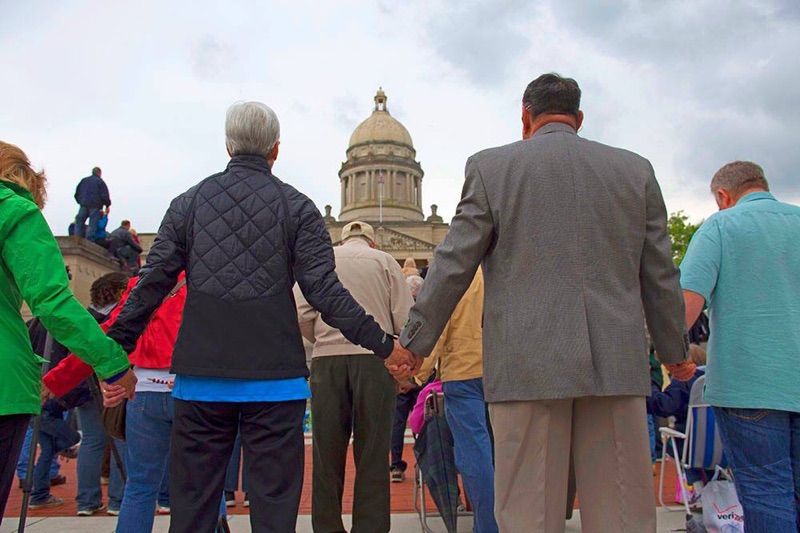 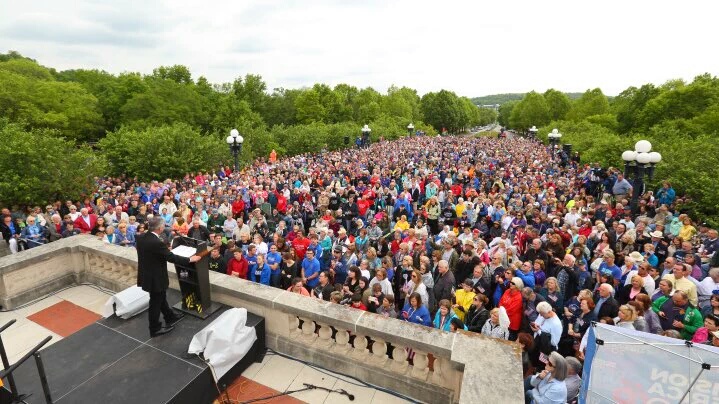 It was a real honor to travel Wednesday to our state capitol. Friends from our First Baptist Paducah family made our way to a rainy Frankfort just to be a part of Decision America Tour 2016 with Franklin Graham, who explained his sense of urgency: “We’re all here today because we know that our country is in trouble. We are in trouble spiritually, racially, economically, politically, and there’s no political party that is going to turn this thing around.”

Some 5800 concerned Kentucky citizens gathered on the capitol steps to, among other things, confess our national sins. Specifically mentioned were abortion, same-sex marriage, pride, the worship of profits, lack of concern for the poor, and an entertainment-driven culture which is obsessed with sex and violence. It was an entirely nonpartisan event, and in fact Mr. Graham convened the gathering at noon by expressing “zero hope” in both of our nation’s major political parties.

Since our church is just finishing a multi-month study of the Book of Nehemiah, we were immediately intrigued when Franklin began his presentation by telling Nehemiah’s story. I was not able to jot down his exact words, but Franklin simply reminded us that Nehemiah was spiritually moved by the desperate condition of his homeland. Nehemiah understood that his God-given mission was to rebuild the walls of Jerusalem, and – by so doing – to restore the hope of God’s people. But it all began with crying out to God!

Franklin Graham is traveling to all 50 states to hold similar prayer rallies, to preach Christ’s gospel, and to challenge believers to take action. He is urging Christians to vote, and to live out their Christian faith in the public square – even running for political office when and where that is both possible and prudent.

At one point Franklin referred to plans of the current executive administration to erect a national monument in celebration of homosexual activism in America. “A monument to sin? That’s unbelievable. War heroes deserve a monument, our nation’s Founding Fathers deserve a monument, people who have helped to make America strong deserve a monument – but a monument to sin? … I can’t believe how far our country has digressed. I hope that the President will reconsider. Flaunting sin is a dangerous move. God’s Word tells us, ‘Righteousness exalts a nation, but sin is a reproach to any people’ (Proverbs 14:34).”

As much as the prayer rally itself, I thoroughly enjoyed the fellowship and prayer as we traveled there and back. Even before our group arrived home in Paducah, I was receiving text messages from other pastors in our area who are desiring that we come together as believing churches to pray for such a time as this. I’ll be meeting with those pastors early Monday morning to discuss the details. More to come on those opportunities; please stay tuned.

I can’t say it any better than Franklin, so I won’t even try. Mr. Graham made it clear: “The only hope for the United States of America is Almighty God.” 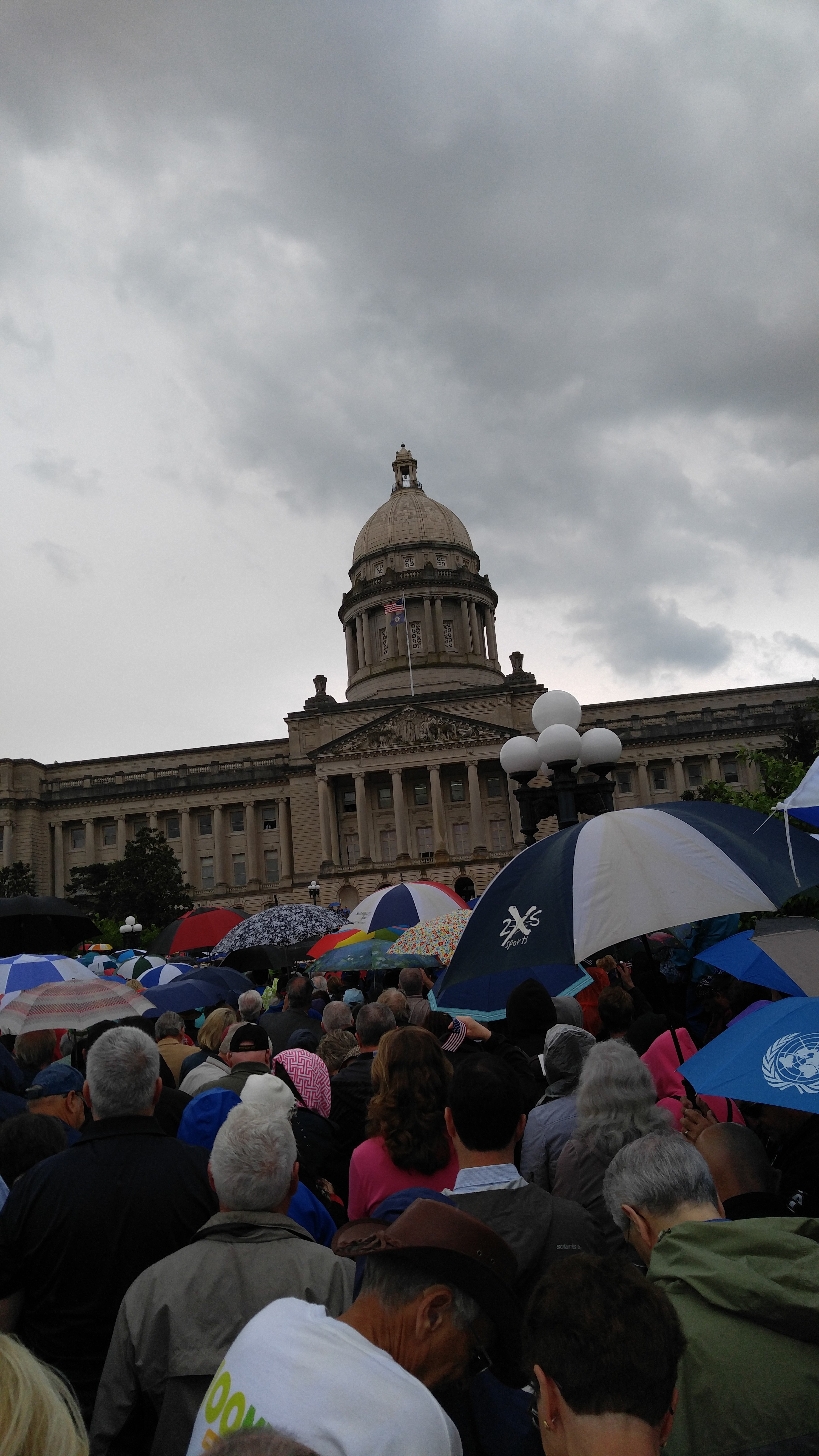 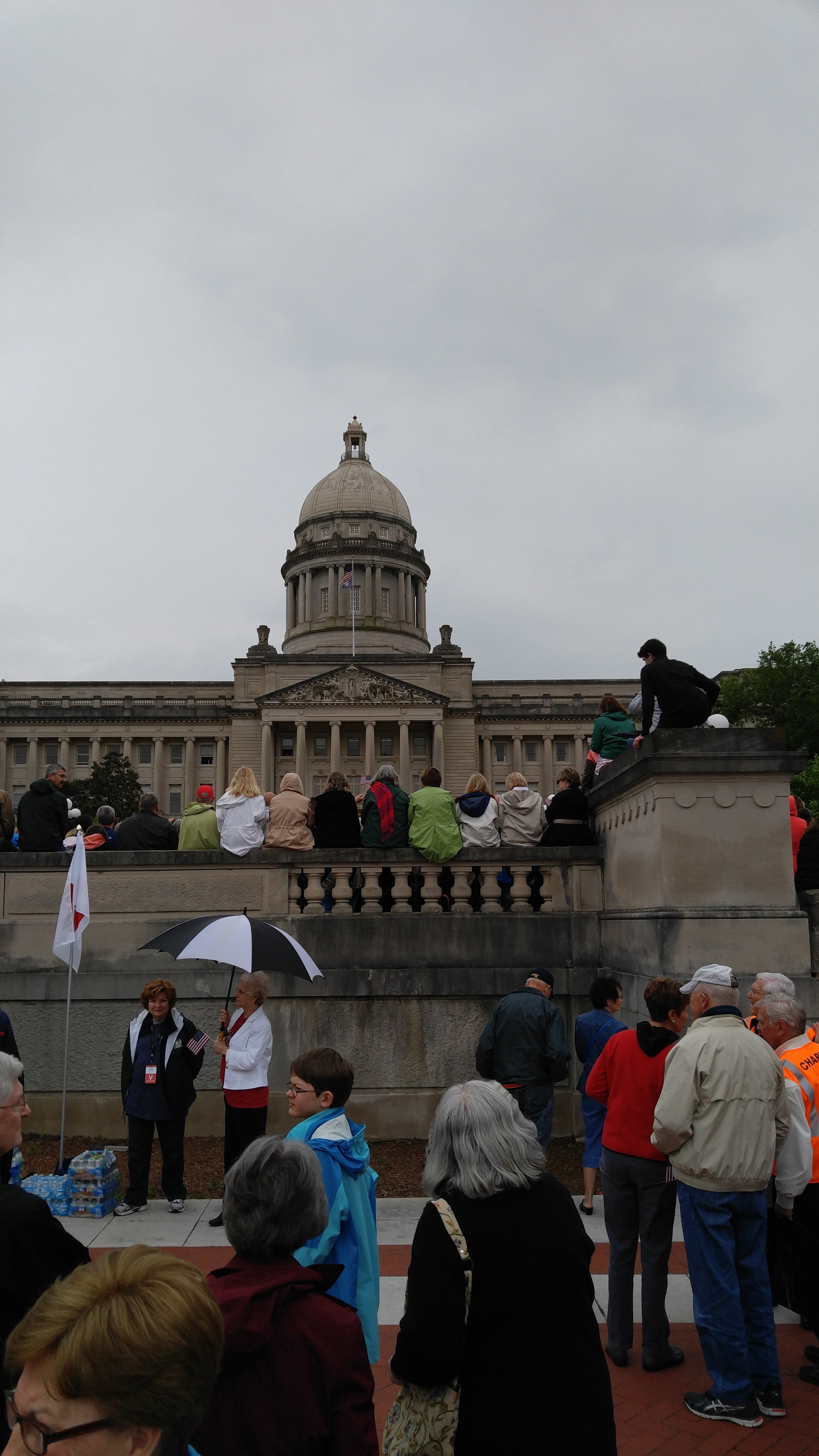 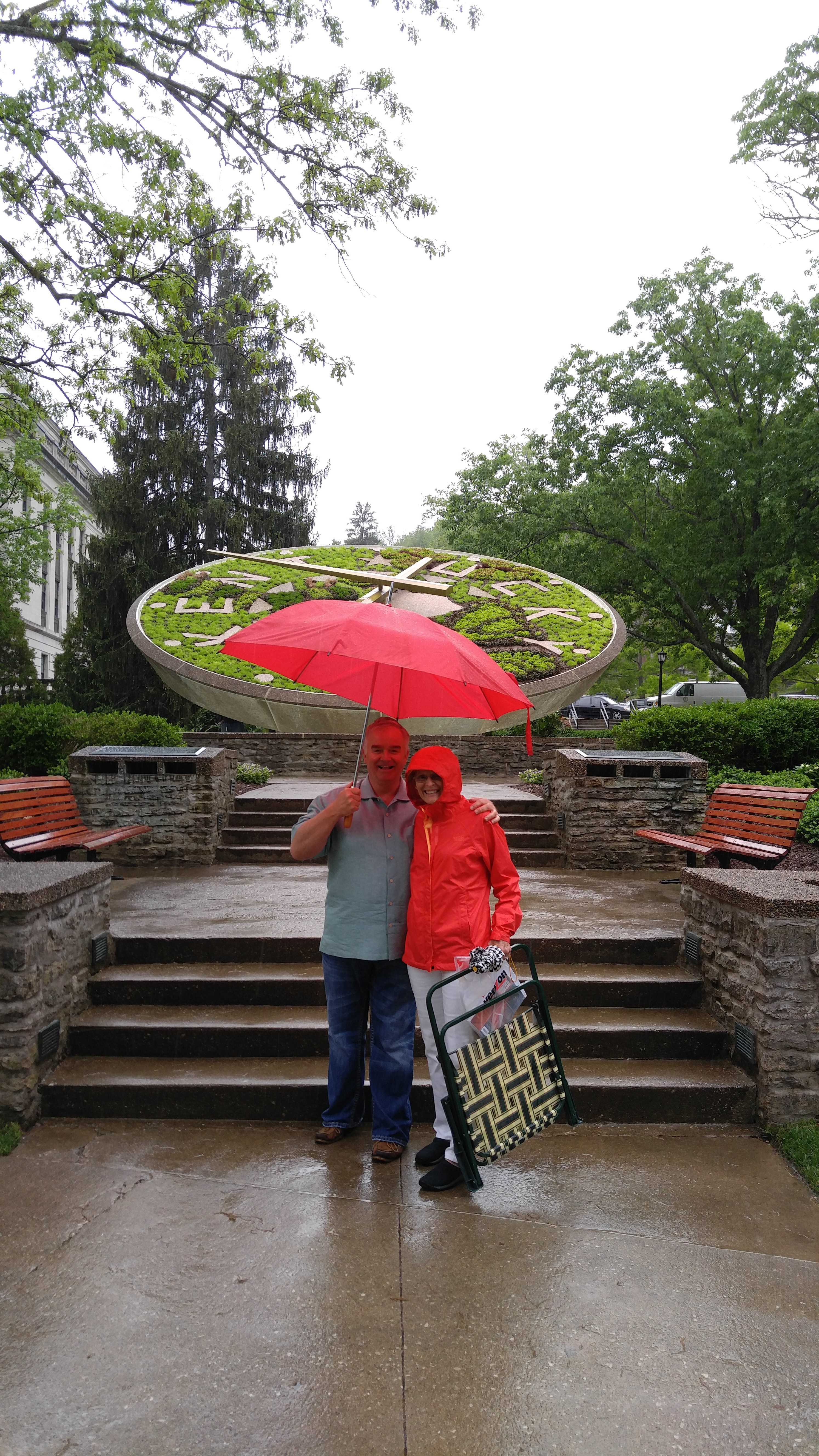 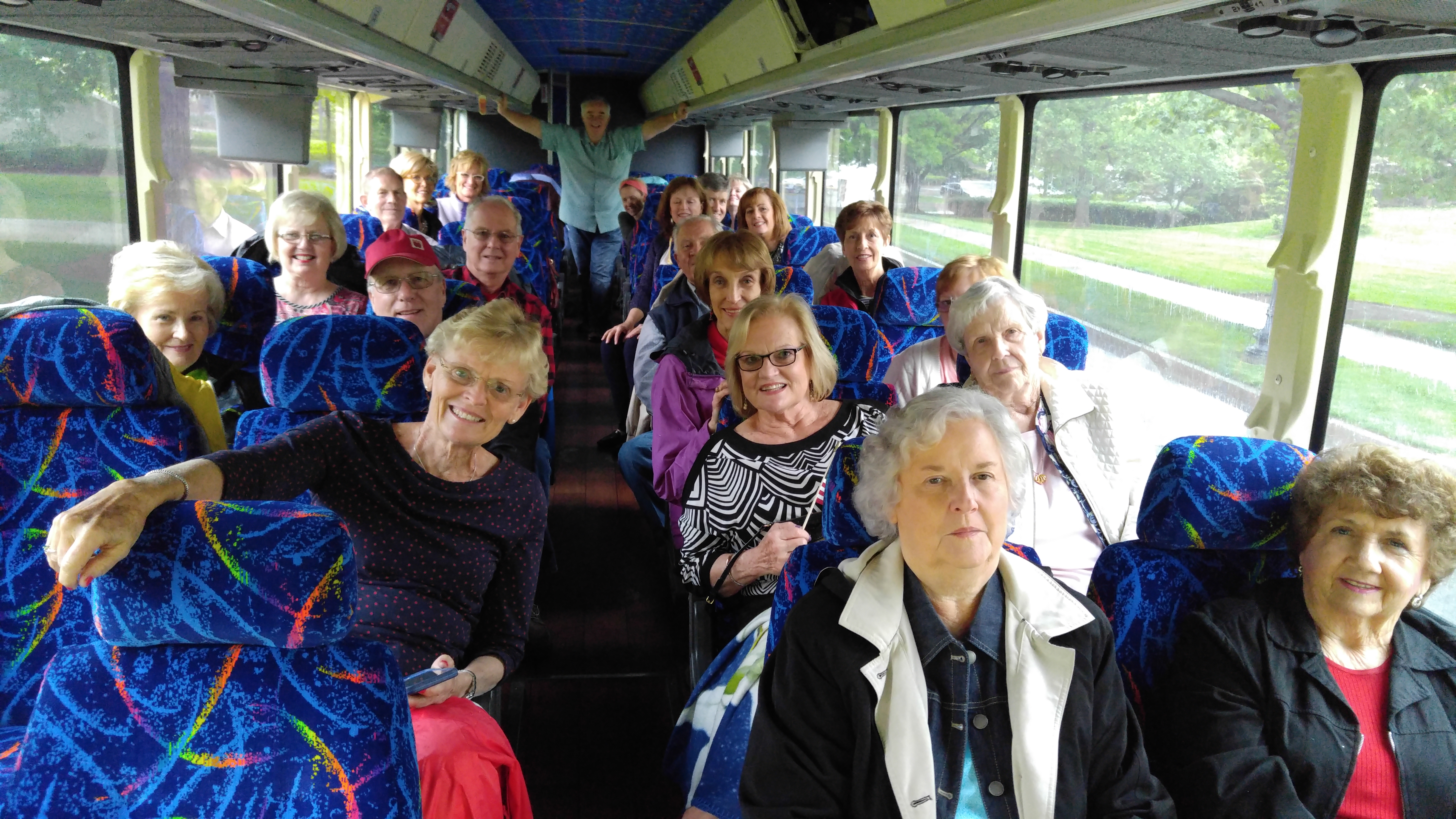 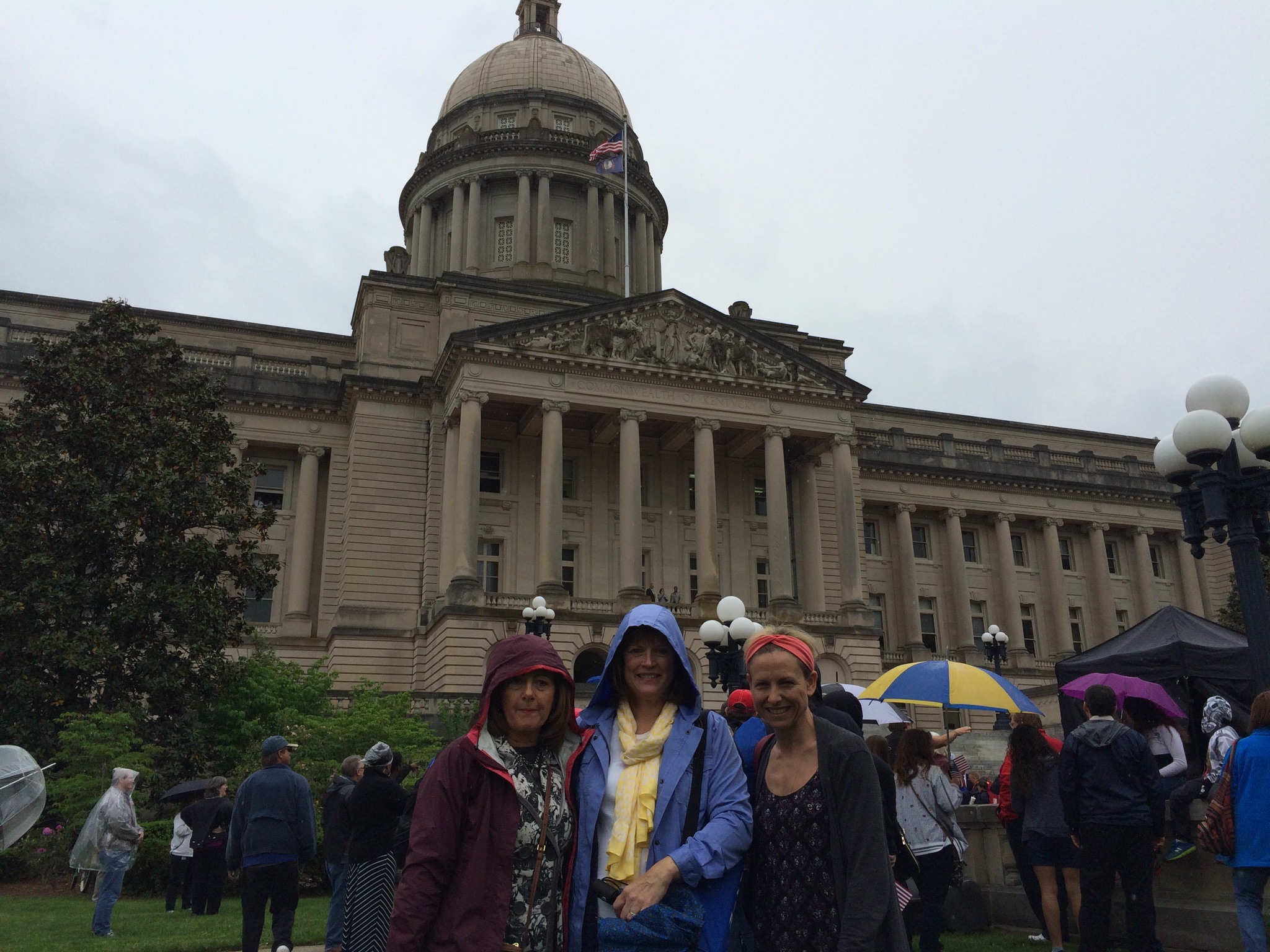 Posted on May 6, 2016 by garterburn
No Comments