It sure is nice to see America celebrating. It’s been too long. Sometimes, if not most of the time, our nation seems downright cracked-down-the-middle. We’re deeply divided by policies and politics, so a good dose of patriotism seems like just what the doctor ordered.

We celebrate the 19-year-old American swimmer, Katie Ledecky. Did you see her in the women’s 200-meter freestyle? Close, but gold!

Even closer in the 200-meter butterfly at the Rio Games was Michael Phelps. So many gold medals that I’m having trouble keeping up – but, again, I’m so happy that America can experience this! And especially, right now. Team USA is on the march. 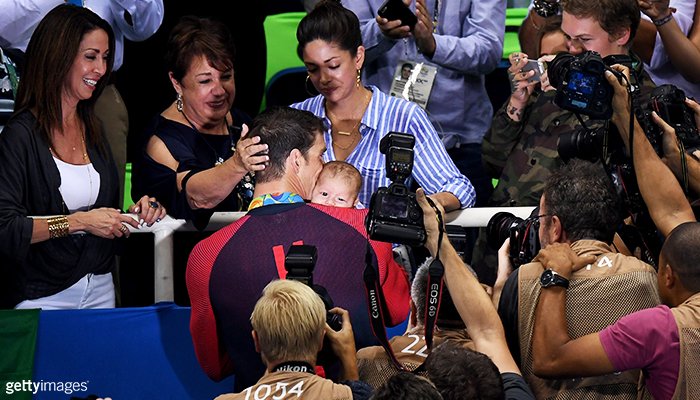 Many of us thought that Michael had bottomed out in September 2014. I’m so glad we were wrong. Don’t you love stories like this? Phelps is now 31, holding his arms out in the water and wiggling his fingers so that the crowd will make some noise. Who wouldn’t like to be part of that moment? Phelps, despite a split swimming cap, anchored the men’s 4×200 freestyle relay in a race that was far from close, with the U.S. team – Conor Dwyer, Townley Haas, Ryan Lochte and Phelps – shaving six seconds off their qualifying time to finish at 7:00.66. That’s just two seconds off the world record. Great Britain took silver. Japan took bronze.

So we have a comeback kid in Phelps, and a bright future in Ledecky – who edged Sweden’s Sarah Sjostrom by .35 seconds with a finishing time of 1:53.73. The bronze medal went to Emma McKeon of Australia at 1:54.92. Commenting on that close call, Ledecky admitted: “That’s the closest I’ve ever come to throwing up after a race.”

And that thought (literally) brings me back to our national politics. Maybe you and I should follow Phelps’ lead and set aside our “hooded glare” – and just laugh for a minute or two. Maybe it’s time for us to go out of our way just to give our kids a kiss on the cheek. I’ll quote the champion swimmer: “For me to be an American is … one of the greatest things in the world … just because I’ve been able to grow up with everything. The freedom. You know, in my eyes this is the greatest country in the world.”

I’m grateful for even a moment of celebration. Jeremiah 29:7. How about you?

Posted on August 10, 2016 by garterburn
No Comments