That undoubtedly will be remembered as the mantra of 2020. (I’m just hoping it’s not the mantra of the decade, aren’t you?) And we’re starting to understand just how important flattening the curve really is – in some cases, it will be a matter of life and death. The goal, of course, is that we not dangerously overload our healthcare system at any one time.

I’m an amateur at all of this, but I think there’s some good news coming from Europe, finally. Though Spain passed another grim milestone yesterday – 10,000 deaths related to coronavirus – the rate of new infections in Spain has fallen to its lowest level since the COVID-19 crisis began. This is a notable improvement, and worth celebrating, and at least a possible indicator that the new-case curve in Spain is finally flattening. We pray that the rate of new deaths in hard-hit countries like Italy and Spain will follow suit in short order. And seeing what we hope is progress in Europe motivates us to practice social distancing here with a higher sense of purpose.

But I say all of that to say this: perhaps the curve isn’t all that’s being flattened right now. Perhaps the Lord is flattening us. 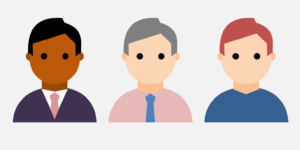 God is love. We get that. But rarely do we think about the fact that love demands discipline (Hebrews 12:3-11). Particularly in regard to my own life, rarely do I even consider whether or not some “obstacle” I’m up against is really the discipline of God. Perhaps the problem is my pride, which nearly always lies at the heart of my wrong thinking. Maybe I think I’m living so righteously that I don’t need any discipline. In any case, I need the correction of the Scriptures today, and particularly from this life-giving section of Hebrews.

We needed that reminder because we had forgotten. Again. Our God is not only the God of grace and love, but He is also the God of judgment and wrath. In fact, all of those holy attributes of His character and nature are inseparable. The Reformers Martin Luther and John Calvin distinguished between God’s “proper” works and His “alien” works, but all of His works are His works, friends! He is Lord!

But here’s something we must never forget: though we live in a world which sometimes displays evidence of God’s judgment all around us, we – in Christ – are never under God’s judgment. Jesus took care of that for us on the Cross. Hallelujah!

A.W. Pink explained it like this: “There is a threefold distinction between divine punishment and divine chastisement. First, the character in which God acts. In the former God acts as Judge, in the latter as Father. The second distinction … lies in the recipients of each. The objects of the former are His enemies. The objects of the latter are His children. A third distinction is seen in the design of each … The one flows from His anger, the other from His love.”

If we are under the discipline of God, then, it is for our benefit and salvation. He is blessing us, always. As we know from the gospel, first and foremost, God’s posture toward us is always love and faithfulness. Even the rod of our Father’s holy correction is a rod of amazing grace.

I can drive to the river, but not to Tennessee.

I can cut my grass, but not my hair.

I can’t touch my face, but I can touch heaven. Hmmm.

Methinks there may be hidden perks in humble pie. Maybe you and I are being flattened so that we can be raised up for something far, far better …

5 comments on “Flattening Us”