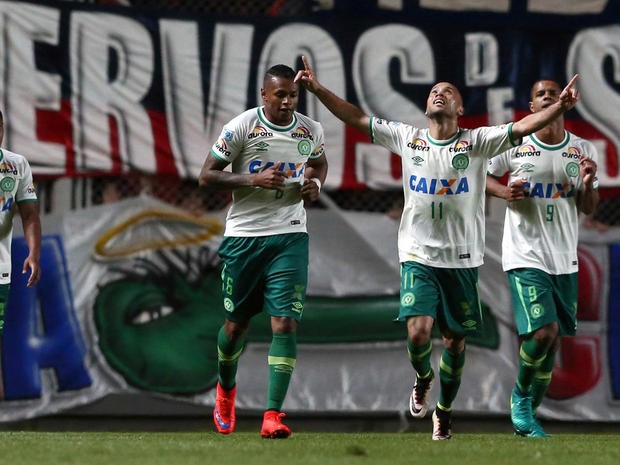 I wanted to post a quick thought or two before the day’s end, mostly just to ask you to pray for the people of Chapeco, Brazil, who are mourning the loss of their beloved soccer team. They were scheduled to play tomorrow for the first time in the Copa Sudamericana Final, which was to be the moment of a lifetime for a small-town “football” team. Their charter flight crashed in the Colombian mountains, and at least 71 perished, including a number of journalists who were covering the story that had all the makings of a Disney feel-good movie. On Sunday, Chapecoense nearly defeated the famed Sao Paulo club Palmeiras, which won 1-0 in a nationally televised match to claim its first Brazilian league title in decades.

For purposes of perspective, just imagine something like this happening to a Paducah team that was on top of the world. In Chapeco, everyone in town knew at least somebody on board that plane. The community is more than devastated.

Perhaps we who live in such a tight-knit and sports-minded small city are uniquely called to pray tonight. “Brazilian football is in mourning,” said Pelé, Brazil’s most famous soccer star. “It is such a tragic loss.” The team tweeted after the crash, in Portuguese of course, that they want their “warriors” to be remembered joyfully. Posted on November 29, 2016 by garterburn
No Comments