Did Chick-fil-A Chicken Out?

Truth is, we don’t really know. Yet. I would agree that it appears that the company has bowed to the powers of political correctness.  Goodness’ sakes, who could argue with the good work being done by the Fellowship of Christian Athletes and the Salvation Army, and why in the world would anyone want to cut the funding of either group? Never mind answering that – I get it.

Technically speaking, Chick-fil-A’s new donations strategy (now limited to “education, homelessness, and hunger”) also means that several dozen other groups – groups that are not perceived as “anti-LGBT” – will not receive further funding in 2020 either. So, to give the benefit of the doubt, there is a possibility that the chicken giant’s new strategy was not targeted at the Army or the Athletes. And Chick-fil-A has declined to specify that the cuts were linked to the doctrinal position of either organization. Further, a company spokesperson would not rule out the possibility that the groups could receive donations in the future. There you have it.

But there’s been more than a nugget of negative emotion swirling around evangelical circles over the last 48 hours! We all know that Chick-fil-A’s sweet tea is the house wine for many a Southern Baptist, and you have to expect a certain sentiment of betrayal when something like this transpires. 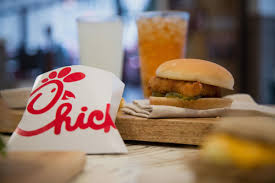 I am a loyal Chick-fil-A fan, having delighted in that sweet chicken topped off with a tangy pickle since my ninth-grade year in McDonough, Georgia, not terribly far from their very first location. (Then they opened at Southlake Mall, and the rest is history.) I have always appreciated Chick-fil-A’s culture of kindness, respect, cleanliness, and getting things done right.

If you will indulge me, it will be my pleasure to share with you my concerns.

First of all, I’m very bothered by the idea that in America we now feel the need to economically cripple an organization with whom we happen to disagree. I totally understand that capitalism allows for economic pressure to be leveraged by consumers and other interest groups, but we’ve reached a dangerous place when people have to fear donating to a cause that doesn’t fit the mainstream morality party line. We’re there it seems. Simply put, it saddens me that Chick-fil-A has been threatened by their detractors for the last several years, and literally kept out of several communities – most recently the airport in San Antonio. Personally, I would prefer to enjoy my cup of coffee without having to concern myself with the politics of the owner of the coffee shop. That’s starting to sound like Mayberry compared to what we’re presently observing.

Secondly, I am brokenhearted that anybody perceived Chick-fil-A as “anti-LGBT.” A conviction around what is now referred to as “traditional marriage” has been central to every branch of Christianity – and an unquestioned truth claim for most everybody else, for that matter – for thousands of years. Not too long ago, both Hillary Clinton and Barack Obama campaigned nationally on just such a platform. Nearly overnight, the tide has turned, and any traditional thought in the family department is a bigoted anathema. I’d like to quote Matt Smethurst of the Gospel Coalition, who tweeted yesterday: “Christians are not anti-LGBTQ people. We are for them. If we were against them, we wouldn’t share the life-altering love that we – sexual sinners all – have discovered in a bloody cross and empty tomb.”

Thirdly, I’m troubled by a quote from Chick-fil-A’s president and chief operating officer, Tim Tassopoulos. Referring to the company’s new policy via interview, Tassopoulos explained that, as Chick-fil-A goes into “new markets,” he wants “to be clear about who we are.” Really? One of the top three restaurant chains in the USA suddenly has to reinvent itself? I would say this, will all due respect, to Mr. Tassopoulos: You haven’t been beloved just because of your waffle fries. You’ve been beloved because of your corporate commitment to marriage and family. It was as refreshing as your diet lemonade. In your effort to prove that you’re not against anyone – a noble goal indeed – please don’t walk away from the organizations that serve on the frontlines for the very causes which you claim to champion.

Lastly, I have to check my own heart. Part of my sadness is my own pride and misplaced devotion. My hope is built on nothing less than Jesus’ blood and righteousness – it was never meant to be placed in a chicken franchise. Regardless of what we find out, or don’t find out, about the motivations behind Chick-fil-A’s unclear charitable giving guidelines, I can’t look to any company or organization to be who Christ’s Church alone is called to be. When I do, I will be disappointed every time. It’s just that simple.

What’s next: a hookah lounge at Hobby Lobby?

5 comments on “Did Chick-fil-A Chicken Out?”