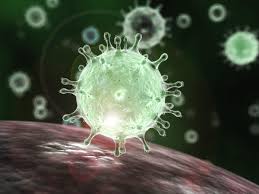 It started in Wuhan, China. Eileen can’t stand bats, so she’s not the least bit surprised that they may be to blame.

We now know that initial news and official reports from that part of the world were intentionally misleading. Among other more recent admissions, the Chinese government has just announced that more than 500 prisoners in five prisons in three provinces have contracted the coronavirus, also known as COVID-19. The South China Morning Post reports that the virus has sickened more than 80,000 people, and killed more than 2000, but who knows the real numbers in China?

By far, South Korea has seen the highest number of coronavirus cases outside of China. Within just one week, confirmed cases jumped from a few dozen to nearly 1000 there. The country had seemed well prepared for the virus, so the skyrocketing numbers have many asking how this happened – and whether a similar sudden outbreak could happen in other parts of the world. That answer is likely yes.

And here’s an even bigger problem: stringent travel restrictions imposed on inbound flights from China, aimed at containing the coronavirus outbreak, become “irrelevant” in a global pandemic. That conclusion was shared by a top U.S. health official just one day after the Trump administration braced the public for its eventual spread here. “When it was focused only on China, we had a period of time, temporary, that we could do a travel restriction that prevented cases from coming into the U.S.,” Dr. Anthony Fauci (Director of the National Institute of Allergy and Infectious Diseases) told the press. Fauci went on to explain: “When you have multiple countries involved, it’s very difficult to do; in fact, it’s almost impossible.”

A new case of coronavirus was confirmed in the United States yesterday, as several other countries also reported new cases and deaths. And, the day before that, the Dow Jones industrial average endured its worst two-day slump in four years, directly related to fears of an impending pandemic. Among European and Asian financial markets, economic sirens continued to sound after the U.S. Centers for Disease Control warned of the inevitable spread of the disease here at home. A total of 40 American passengers on board the Diamond Princess have tested positive for the coronavirus, raising the number of confirmed infected in the U.S. to nearly 60. They remain in hospital isolation, and the virus has not yet spread to our local communities. But likely not for long. “Ultimately, we expect we will see community spread in the United States,” Nancy Messonnier (Director of the National Center for Immunization and Respiratory Diseases at the CDC) told reporters. “It’s not a question of if this will happen, but when this will happen, and how many people in this country will have severe illnesses.”

The disease has spread abroad to Australia and Europe. Iran is facing a serious outbreak of coronavirus, and from there it has spread to Iraq, Bahrain, Kuwait, Oman, Lebanon, and the United Arab Emirates. It’s starting to get easier to name the countries where it hasn’t yet arrived, and I don’t have to tell you that this emerging situation is deadly serious, friends.

So how are you and I to think about all of this? Where is God when a dreaded disease is marching across the globe? How can I be full of faith, when I’m full of fear?

If I may, let me draw your attention to Matthew 8, where Jesus performs three miraculous healings in the first 15 verses alone. Christ heals: a leper; the servant of a Roman army officer; and the apostle Peter’s mother-in-law. From just these three examples, what can we learn about the heart of God, and how can my heart look more like His against the 2020 backdrop of coronavirus?

First of all, we see a deeply concerned Savior. We do not see a Christ who is so committed to the spiritual and the eternal that He’s unconcerned with the physical and the now. Moved with compassion, Jesus – on behalf of the afflicted – is willing to assault the depths of human disease. He does not lecture the sick in regard to the good providence of God despite their suffering, but He cares about their physical illness and pain.

Secondly, in all three situations (in the case of Peter’s mother-in-law, see the parallel account in Luke 4:38), Jesus responds to simple requests. “If you will, you can make me clean.” How marvelous is that! Needy people simply ask of Christ, and Christ responds in merciful action.

Thirdly – don’t miss this – Jesus is particularly drawn to help those whom the world would consider the lowest of the low. This was troublesome for the Jews, and particularly for the Pharisees. Think about how radical this really was! Christ healed a leper – a total societal outcast and untouchable. Christ healed a Gentile – one who was considered cut off from the promises of God. Christ healed a woman – someone who had no voice whatsoever among the religious elite of her day. A mere coincidence? Hardly. Nothing recorded for us is a mere coincidence. Christ was, and is, Love.

And, lastly, Jesus demonstrated His absolute sovereignty over everything. There was no scary organism beyond the scope of His attention. No out-of-control medical situation beyond His ultimate reign. No disease or suffering beyond the pale of His healing grace. No one hurting for whom He didn’t care, immeasurably.