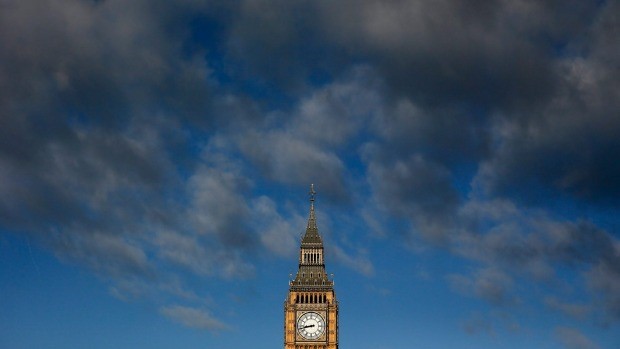 Not to us, O Lord, not to us, but to your name give glory, for the sake of your steadfast love and your faithfulness! Why should the nations say, “Where is their God?” Our God is in the heavens; he does all that he pleases.

“Dare to dream that the dawn is breaking on an independent United Kingdom (Nigel Paul Farage).” If you’re unfamiliar with Mr. Farage, he’s a British politician and former commodity broker, and the leader of the U.K. Independence Party – a position he has held since November 2010.

Yesterday may well be remembered as the single most momentous day in British politics. At least since World War II. The United Kingdom voted to leave the European Union. Total votes came in at about 52% to 48%. This is a huge development with global implications.

Superstars and cultural icons like soccer player David Beckham had come out in full support of remaining in the E.U., but the “Remain” crowd did not prevail in the end. Professing Christians – with Anglicans and Baptists trending most heavily – comprised the group of Brits most solidly in support of leaving the E.U., polling at about 55% in the Brexit direction.

By this morning here, the pound had taken a brutal beating (the worst in 31 years), which had been expected. Global markets have been impacted as well, of course, and Prime Minister David Cameron has announced his official resignation. But, like it or not, the British people have spoken.

Does this matter to us as Americans, and as evangelical Christians? I think it does, on a number of levels.

There’s still a place for Christians to speak up in American life, and to speak our convictions. We must do so with consistent kindness, as is fitting for those who’ve been claimed by the Cross. I would contend in fact that sound Christian influence is needed now more than ever. Speaking of an independent U.K., Mr. Farage exclaimed: “This will be a victory for real people!”

Whether we’re on Downing Street like Cameron, or Downing Cove like I, vibrant participation in a pluralistic society requires us to honor those who tend to vote differently than we. Sometimes our opponents are even correct (can you imagine?) on certain issues that we’ve missed, and humility after the example of Jesus is required. Regarding Brexit, evangelicals found themselves on both sides of the issue. So we must pray for our British brothers and sisters to find their unity in Christ, now as always. Is healthy disagreement without total division possible? Yes, but Britain needs grace to see recent wounds healed. So do we.

What will happen next? Only the Lord knows. Scottish First Minister Nicola Sturgeon says that a Scottish referendum on leaving the U.K. is now on the table. Who knows but God? The U.K. is now divided in some new ways, as all 32 Scottish council areas voted in the “Remain” crowd. But, thankfully, God does know what tomorrow will bring – on both sides of the pond.

Personally speaking, I find the vision of Europe as a collection of sovereign nation-states working together much more compelling than an unwieldy European Union, which gets harder and harder to rein in by its very nature. Yes, “global” sounds more chic and trendy, but in reality I’d be downright giddy to see even a few nations managing their own affairs well.

In our day and in our land, may we as Christ’s blood-bought sheep walk in sufficient grace so that our “salt” and “light” (Matthew 5:13-16) may be used of our Sovereign Lord to preserve decency and order (First Corinthians 14:40) for such a time as this.